Via to temporarily layoff about 1,000 workers as pandemic impacts its business 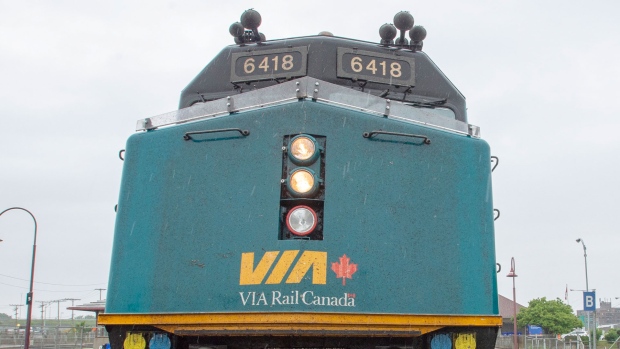 A Via Rail train heading to Toronto is seen at the Dorval station Tuesday, June 25, 2019 in Montreal. (THE CANADIAN PRESS/Ryan Remiorz)

MONTREAL - Via Rail is temporarily laying off 1,000 unionized employees as the company copes with reduced demand for travel amid COVID-19.

The Montreal-based company says in a statement that the layoffs will take effect on July 24 and are its way of offsetting the increasing financial impacts of the pandemic.

While some Via service has resumed since the onset of COVID-19, the company says many of its routes are still interrupted.

Via chief executive Cynthia Garneau says she doesn't think ridership will return to pre-COVID-19 levels in the foreseeable future, but the company will work to resume service as the pandemic evolves.

It is has been a rough year for Via, which had to temporarily lay off roughly the same number of employees in B.C. and Ontario during rail blockades in the winter.

Some routes in those provinces was halted when protests in solidarity with the Wet'suwet'en First Nation blocked railways across Canada.