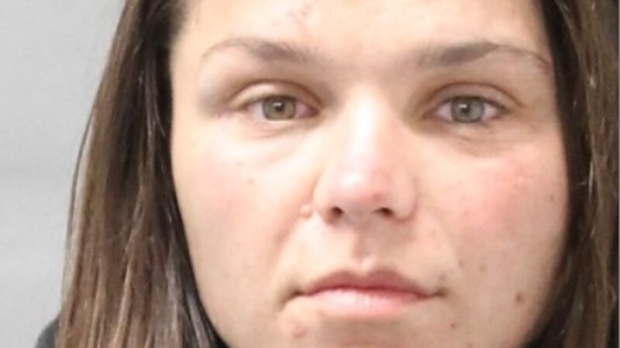 Police say that a 34-year-old woman who was reported missing in the city’s west end on Wednesday “presents a public health safety risk” and should not be approached.

Edyta Szlachta was last seen in the vicinity of Brookfield Street and Queen Street West at around 5:30 p.m.

She is described as five-foot-five, about 130 lbs. with dark shoulder-length brown hair. She was last seen wearing a blue open-back hospital gown, a black sports bra, blue hospital pants, and blue booties.

Police say that they are concerned for her safety.

“If located, do not approach,” they say in a release. “She presents a public health safety risk. Call 911 immediately.”