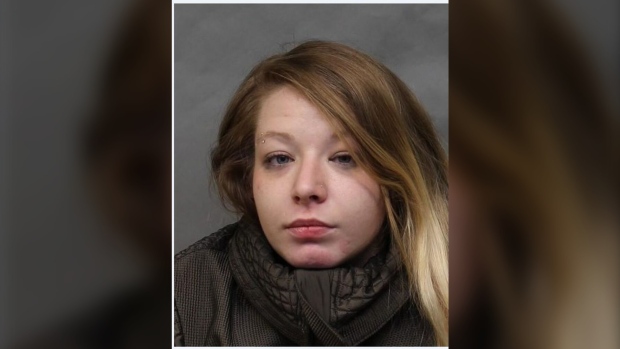 A Toronto woman who allegedly fled the scene of a crash in the city’s Glen Park neighbourhood while clutching an infant has now been located, along with the baby.

The incident happened on Nov. 27. At around 1:37 a.m., officers spotted a stolen vehicle.

The driver fled when officers tried to stop her, police said.

A short time later the vehicle crashed at a construction site at Lawrence Avenue West and Caledonia Road.

The woman fled the scene on foot, police said. According to witnesses, she was carrying an infant.

Police said Wednesday that both have now been found.

Colbie Harris, 27, was arrested on Tuesday. She has been charged with fail to stop for police, dangerous driving, fail to remain, possession of stolen property and breach of probation.

She was scheduled to make a court appearance Wednesday morning.

Police said they couldn’t provide any details about where the two were tracked down or who is caring for the child.

Police did not announce any charges against the woman in connection with the child.