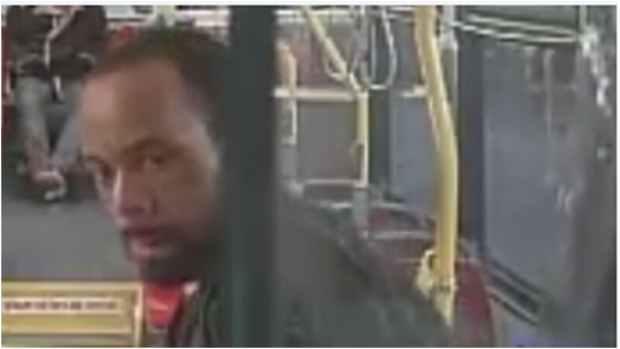 Police are looking for David Pajon Ramos, 29, of no fixed address, on a warrant for attempted murder. (Toronto Police Service)

Toronto police are asking the public for help in locating a man wanted in connection with an attempted murder investigation.

Police say that at 7:23 a.m. on Saturday, a male cyclist was riding in the area of Hinton Road and Harefield Drive, east of Kipling Avenue, when he was struck by a vehicle.

Investigators allege the motorist then got out of his car and assaulted the cyclist with “an object” as he was lying on the ground.

Police said the suspect then ran away and attempted to board a passing TTC bus, but the driver on board denied him entry.

Paramedics said the cyclist was in life-threatening condition when they arrived and they rushed him to a hospital trauma centre for treatment.

Investigators have since issued an arrest warrant for 29-year-old David Pajon Ramos, of no fixed address, for attempted murder.

Ramos is described by police as standing five-foot-six, weighing 175 pounds and having a “dark complexion”. Police say that he has short black hair with a receding hair line.

Ramos was last seen wearing a black hoodie with a white stripe on the right shouler and black pants with a white Puma logo.

“If seen, do not approach. He is considered violent. Call police immediately on 9-1-1,” police said in a news release issued Sunday.

Anyone with information related to Saturday's incident is asked to contact police at 416-808-2304. Tips can also be left annyonmously through Crime Stoppers at 416-222-TIPS (8477) or online.

With files from Chris Herhalt.