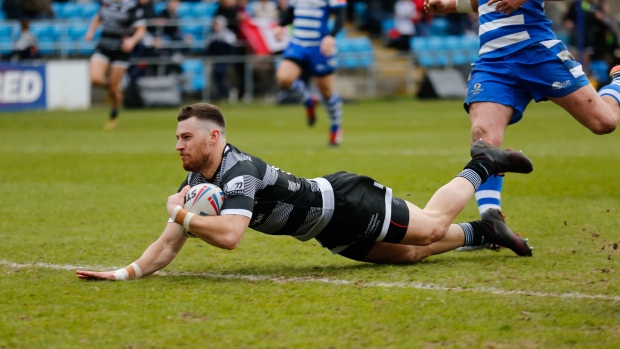 Toulouse had moved into top spot a day earlier with a win over Batley Bulldogs.

Halifax led Toronto 6-0 after 16 minutes before the Wolfpack (7-1-0) scored four unanswered tries to take a 22-6 lead into the half. Toronto scored five more tries in the second half en route to a comfortable road victory.

Andrew Dixon led the way with three tries while Blake Wallace and Matty Russell had two apiece. Jon Wilkin and Nick Rawsthorne had the others for the transatlantic rugby league team.