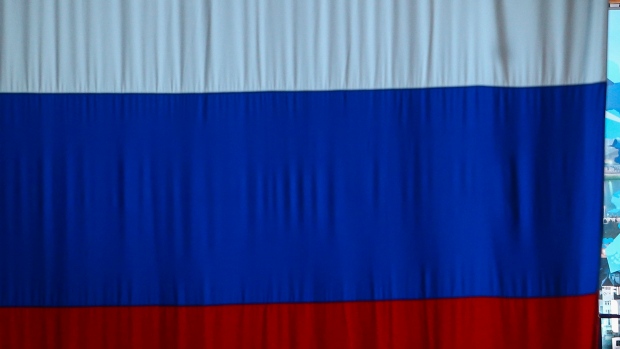 FILE - The World Anti-Doping Agency banned Russia on Monday Dec. 9, 2019 from the Olympics and other major sporting events for four years, though many athletes will likely be allowed to compete as neutral athletes. (AP Photo/Denis Tyrin, file)

Criticism of the World Anti-Doping Agency's sanctions against Russia mushroomed Friday with a rebuke from the U.S. Olympic and Paralympic Committee coming on the heels of the outraged resignation of a member of the WADA athlete committee.

The USOPC and British Paralympian Victoria Aggar each expressed their disagreement with WADA's decision not to issue a blanket ban on the Russians in wake of evidence that government officials doctored data that was supposed to be used to prosecute cases stemming from the country's long-running doping scandal.

Aggar, a Paralympic rower, announced her resignation from WADA's athlete committee, saying “I simply can no longer be part of an organization that places politics over principle.”

Hours later at its quarterly meeting, the USOPC board debated the wisdom of sanctions that called for innocent athletes to be able to compete as neutrals at next year's Olympics, even though determining who really is innocent has been made more difficult because of the data manipulation.

“It's very difficult for us to see how justice can be served and how there will be a true deterrent versus future corruption if any of the athletes from Russia have a right to compete in Tokyo under any flag, neutral or otherwise,” USOPC chair Susanne Lyons said. “If the data truly has been corrupted ... it's very unclear how you can decide and siphon out who's been part of the doping and who has not.”

Earlier in the week, the chair of the British Olympic Association called for “the fullest possible sanctions to be taken against Russia at Tokyo 2020.”

It was the same stance that a majority of the WADA athlete committee took last weekend, before WADA executives met to rubber-stamp the recommendation that would allow Russians to compete as neutrals.

The decision forced Aggar's hand, and led her to release a statement saying WADA's actions “have fundamentally shaken my belief in an organization that I felt initially served a great purpose in protecting the integrity of sports.”

The USOPC's Athletes Advisory Council was among those supporting Aggar.

“WADA's decision to ignore the majority of its own Athlete Committee ... is out of touch and the current sanctions will not be enough to cause significant change in Russia,” the AAC said in a statement.

In an interview with The Associated Press on Thursday, WADA compliance chairman Jonathan Taylor said disallowing the Russian flag and its Olympic officials from the Tokyo Games, but not barring all its athletes, “was the appropriate line to draw.”