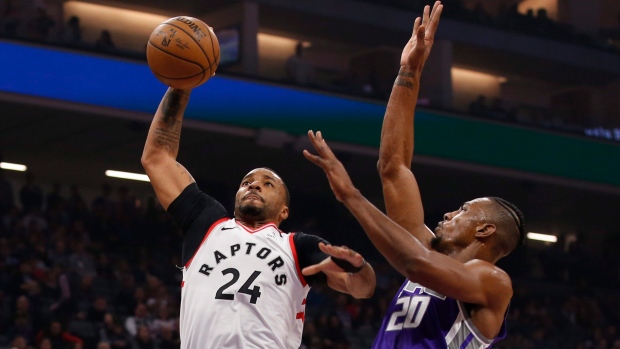 Norm Powell is angry at the NBA for limiting players to a “cookie-cutter” list of social justice messages.

Social and racial justice is a theme of the NBA's restart in Florida, and part of that was permitting players to substitute Black Lives Matter messages, or the names of Black people killed such as George Floyd and Breonna Taylor, on the backs of their jerseys in place of their names.

Powell had hoped to replace his name with “Am I Next?” But the league has drawn up a list of approved messages for players to choose from, and the Toronto Raptors guard is frustrated that the NBA is limiting their voice on an issue that involves freedom of speech.

“I was really disappointed in the options that were given to us,” Powell said on a Zoom video call Thursday. “With a topic just like this - social justice - that we're fighting for, the fact that we were boxed-in to a list of 28, 29 sayings was really unfortunate.

“We've got a lot of guys in this league that . . . have been using their voice through this time and we're really excited about the whole thing, about being able to change our last names, and put a quote there that represents where we stand and what we want to say and how we feel about this, and I was really upset about the whole change and how we're really limited.”

Powell will wear “Black Lives Matter” on his jersey, choosing that from a list that he called “cookie cutter” and said doesn't truly touch on the topics of what players are trying to achieve.

“I wish there wasn't even a list,” Powell said. “It's a topic where it's freedom of speech, and you're taking your name off the back of your jersey that matters to you. That speaks volumes to how you view things and your approach to life and you shouldn't be boxed in to say you can only say this much, this is OK for you to say.”

Powell said, as long as players didn't use any explicit language, they should have been free to choose whatever they liked.

Rondae Hollis-Jefferson will wear “Speak Up” on his jersey.

“It sticks out to me, personally, because I think a lot more of us on this platform should definitely speak up, they should say something, especially if they believe and care about what's going on right now in our world as a whole,” he said. “I feel like we all should speak up and say something, bring somebody closer together, take it one step at a time, one person at a time and then watch that trickle effect as we rub off our energy, our love, our positivity on somebody. That goes a long way.”

Some NBA players such as New Orleans' Jrue Holiday have announced they're contributing their remaining game cheques to social justice causes and Black-owned businesses.

“I think what those guys have done is amazing,” Powell said.

The 27-year-old, who signed a four-year, US$27 million contract extension in 2017, announced Wednesday that 100 per cent of proceeds from July orders of his Understand the Grind spring/summer line would go to two foundations: Toronto-based Black Women in Motion and Color of Change in the U.S.

“These are organizations that need our support now more than ever,” Powell said on his Instagram page.

This report by The Canadian Press was first published July 16, 2020.