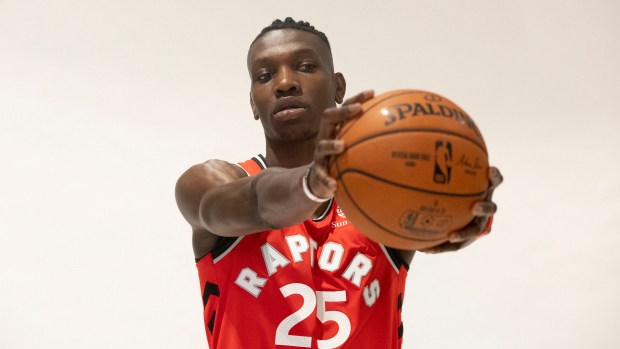 TORONTO - Centre Chris Boucher and forward Oshae Brissett of the Toronto Raptors have said they intend to play for Canada at an Olympic men's basketball qualifying tournament next year in Victoria.

Montreal's Boucher has seen increased minutes with the Raptors due to an injury to bench leader Serge Ibaka. The former MVP of the developmental G League is averaging 6.2 points, 5.1 rebounds and 13.5 minutes per game. He has posted a double-double in three of his last five games.

“To shut down all the rumours, I (would) love to play for team Canada this summer,” Boucher posted on Twitter.

Brissett, from Mississauga, Ont., signed a two-way contract with Toronto before the season after going undrafted following two years at Syracuse. He is averaging one point, 0.3 rebounds, 0.3 assists and 4.3 minutes per game.

“I always take pride in playing for my country and look to put my efforts into helping â†•CanBball,” he posted on Twitter. “Injury sidelined me last summer but I look forward to helping my guys this summer. Let's go Canada.”

Canada will host Greece, the Czech Republic, Turkey, China and Uruguay in the last-chance qualifying tournament. Canada must win to clinch its first men's Olympic berth since the 2000 Sydney Games.

This report by The Canadian Press was first published Nov. 29, 2019.