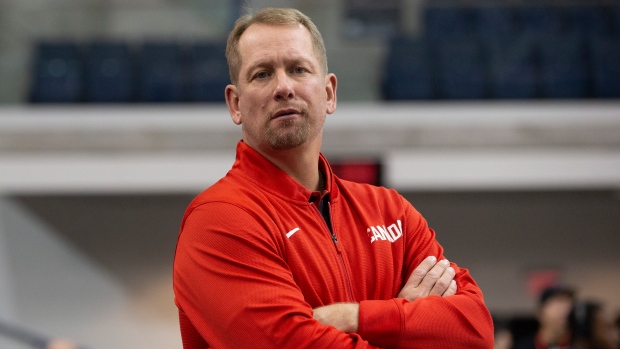 Toronto Raptors head coach Nick Nurse says he is “100 per cent” committed to coaching Canada's men's basketball team when it continues its push for a spot at next year's Tokyo Olympics.

Nurse stated his commitment to the men's program today in a conference call with reporters.

Canada was set to take part in a last-chance qualification tournament this summer in Victoria, but it was postponed due to the COVID-19 pandemic.

Canada Basketball president and chief executive officer Glen Grunwald said FIBA has given assurances that Victoria will remain as host when the tournament takes place next year.

Nurse was named Canada's men's basketball coach June 24, less than two weeks after he guided the Raptors to their first NBA championship.

A Canadian team missing most of it's NBA-calibre talent failed to lock down an Olympic berth at the World Cup in China last September.