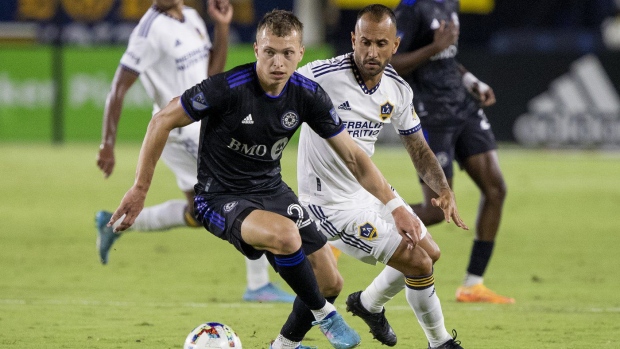 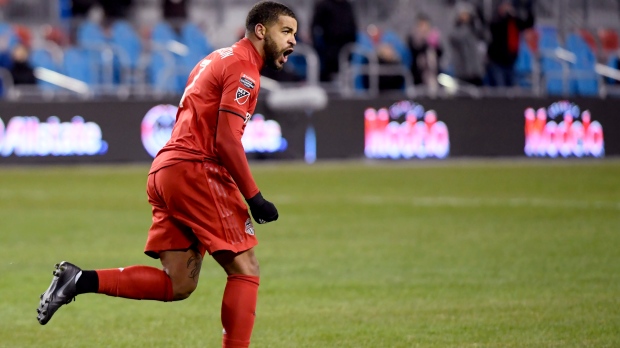 TORONTO - Spanish playmaker Victor Vazquez is back in the Toronto FC fold.

The 35-year-old attacking midfielder spent the past two seasons in Los Angeles but became available after the Galaxy elected not to exercise his contract option. Toronto then selected him in Stage 2 of last month's MLS re-entry draft.

“We are excited to have a player like Victor join the team and reinforce our midfield depth,” Bob Bradley, Toronto's head coach and sporting director, said in a statement Friday. “He is a talented player with a great understanding of the game, an excellent passer and brings experience and creativity to our midfield.”

“I am so happy to be back home,” Vazquez said. “I cannot wait to see you all again and play in front of you on those special nights at BMO Field. We will have fun and bring the club back to the greatest, where it belongs.”

A product of the FC Barcelona academy and former Belgian Professional Footballer of the Year, Vazquez was a big part of TFC's glory days.

He scored the insurance goal in Toronto's 2-0 MLS Cup final win over Seattle in 2017 when he also helped TFC to the Supporters' Shield and Canadian Championship. Vazquez was chosen a member of the MLS Best XI after scoring eight goals and adding 16 assists during the regular season.

Vazquez joined FC Barcelona at the age of 10, working his way up through the ranks to make his first-team debut in April 2008. He went on to join Club Brugge, scoring 25 goals and adding 50 assists in five seasons with the Belgian club,

He spent 2016 in Mexico with Cruz Azul before joining Toronto.

In two seasons with the Galaxy, Vazquez had five goals and 11 assists in 57 appearances in all competitions.

Vazquez made US$440,000 last season with the Galaxy, which was sanctioned by MLS earlier this month for violating salary budget and roster guidelines during the 2019 season. The breaches did not concern Vazquez, who earned US$1.5 million in 2018 with Toronto.

The sanctions included include a US$1-million fine for the club and US$1-million loss of available future general allocation money. The Galaxy were also prohibited from registering a player - like Vazquez - who requires the receipt of an international transfer certificate from outside of the U.S. and Canada during the secondary transfer window in 2023.

When Vazquez left Toronto, then head coach Greg Vanney called the Spaniard “a loyal servant to the club and a fantastic player, and an even better person.”

The two were reunited when Vanney took over the Galaxy.

Vazquez was slowed by a variety of ailments with Toronto in 2018, restricting him to 21 league appearances. Its playoff hopes gone, the team shut him down for the remaining three games of the season to undergo arthroscopic knee surgery.

Vazquez has had chronic knee problems in his career, but was also dogged by a nerve issue and a sore back with Toronto.

When healthy, he triggered the attack.

“Victor makes you look better so it's nice to have him on the field,” Osorio said in July 2018. “His brain ticks a little bit faster than the normal brain, especially on the pitch. It's amazing to watch.”

This report by The Canadian Press was first published Dec. 16, 2022.