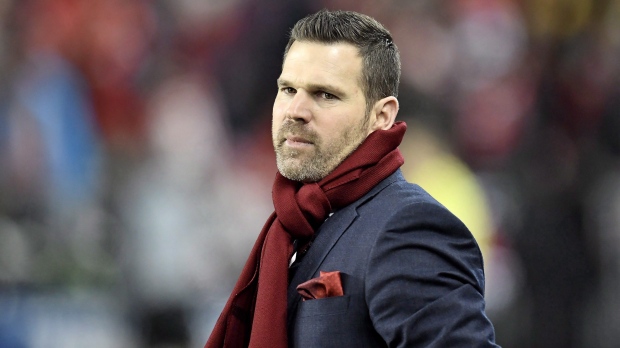 TUKWILA, Wash. - A somewhat testy Toronto FC coach Greg Vanney had to endure another round of questions Friday about the status of injured striker Jozy Altidore ahead of Sunday's MLS Cup final.

Vanney, prior to a practice session at the Seattle Sounders' suburban training ground, got five questions on Altidore's health. A sixth asked him whether he was tired of addressing the issue.

The Toronto coach, normally as cool as a cucumber, is clearly running out of patience at the daily updates.

“Yeah. Really,” said Vanney. “He's a part of it. He'll get involved in training today and we'll see where he's at. But I'd like the emphasis on the team and not just Jozy.”

Altidore, who turned 30 on Wednesday, has not played since suffering a quad strain in the regular-season finale Oct. 6 against Columbus. After taking a shot, he lost his balance and hit the ground after his shooting leg struck defender Jonathan Mensah's leg.

“I haven't played any soccer in a month. So that's where I'm at,” Altidore said Thursday when asked about his recovery. “I'm trying to jog and trying to change pace and trying to do those type of things. But like I said I have to let the muscle heal first or else you put yourself at risk.

“I'm not telling you no false truths or nothing like that. I'm actually being very candid. That's where I am. I'm not happy about it but it is what it is.”

Altidore has essentially worked out on his own apart from the main training group since the injury. In the portion of training open to the media Friday, he did warmup drills with his teammates but the media were cleared out before actual training began.

Asked before practice if he expected Altidore to train with the rest, Vanney replied: “The team will train today. And Jozy will either be a part of it or not.”

Pozuelo led the team with 12 goals this season. Altidore had 11.

“I can't imagine what he's going through,” he said. “I know it would be tough mentally for sure. But he's doing everything he can. We'll let the chips lay where they may.”

Vanney's other call is between centre backs Omar Gonzalez and Laurent Ciman. Gonzalez missed the D.C. United game with a hamstring issue and did not see action in the next two matches despite dressing. Ciman, a former MLS defender of the year like Gonzalez, has filled in admirably.

Gonzalez is said to be healthy so it's question of whether Vanney wants to change a winning hand.