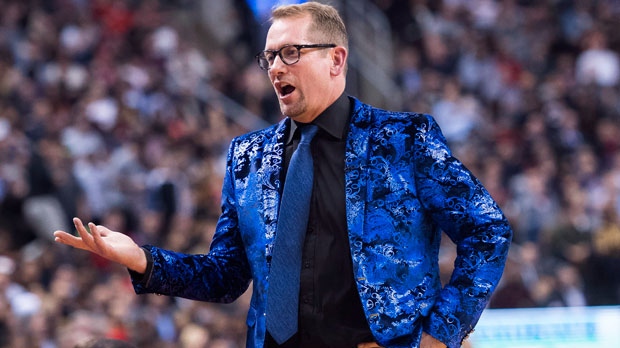 Nurse looked like he had been moonlighting in a casino. Or as an Elvis impersonator.

The Raptors game against the NBA champion Golden State Warriors was shown south of the border on TNT, whose studio analysts led the Sager tribute with some colourful outfits of their own.