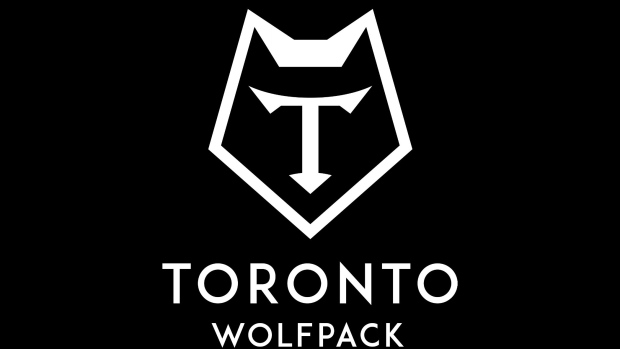 TORONTO - As English rugby league faces an uncertain future due to COVID-19, the Toronto Wolfpack find themselves once again between a rock and a hard place.

The team's next payday comes the 18th or 19th of the month and cheques will be smaller than they should. While talks continue between rugby league authorities and player representatives, Wolfpack coach Brian McDermott says reduced pay is inevitable.

“Finance and income is zero at the moment,” he said Wednesday from his home in Leeds.

McDermott has spoken regularly to his players, updating them on the situation away from the field during the suspension of play in Super League, which includes 10 English teams, France's Catalan Dragons and the Wolfpack.

Part of his message was “'Listen fellows, you all need to understand we're going to take a hit in our pay packet in the next couple of payrolls or maybe further more - maybe for four or five payrolls.

“And you know what? Every single one of them has said 'We get it.' Because if you look round the world, everybody is taking a hit.”

Once again, the transatlantic rugby league team is unable to take advantage of assistance available to rivals. The latest example is government financial assistance for laid-off workers.

Rugby league clubs have started to follow other businesses in furloughing or temporarily laying off employees. That allows them to apply for pandemic assistance with the British government paying up to 80 per cent of their wages, up to a maximum of 2,500 pounds ($4,415) per month.

Even though their players and most staff call England their home, the Wolfpack do not qualify for the program because the team is Canadian-owned. Club officials aren't sure if their English-based employees are eligible for Canadian assistance given the English-based players and staff only pay tax when they are in Canada.

The club has already laid off its 12 full-time employees in Toronto, until the Super League resumes play. Those staffers are eligible for Canadian government assistance.

The Wolfpack are already behind the eight-ball in that they do not get a cut of the Sky TV broadcast deal - worth some 2.3 million pounds ($4.1 million) per team a season.

That essentially covers the salary cap of 2.1 million pounds ($3.7 million) although that number can grow given teams are allowed two marquee players whose salary cap hit is limited to 150,000 pounds ($264,435) per person.

The Wolfpack hope to get part of that TV revenue eventually but have been unsuccessful to date.

“All our players are aware that our club incurs a hell of a lot more expense than nearly every other Super League club, yet has the least income,” said McDermott.

Wolfpack CEO and chairman Bob Hunter, who is based in Toronto, is in regular contact with the Super League and Rugby Football League. That includes what a revamped schedule might look like and what players will get paid during the hiatus.

“It's a tough time,” said Hunter. “And we've just got to figure out what's a fair solution for both sides.”

Toronto, which has lost all six games to date in its debut Super League season, was slated to hold its home opener April 18 at Lamport Stadium with 10 more home games to follow. Home games April 18 (versus Hull FC), April 25 (Wigan Warriors) and May 2 (St. Helens) have already been postponed.

The club is looking at two options. The first is rescheduling the games in Toronto later in the season. The other is to find sites in England as needed.

It's hard nailing it down when the situation is so fluid. Ultimately where the games will be held will also depend on travel restrictions and rulings by local health authorities. And even when restrictions are lifted, the players would likely have to go through some form of quarantine upon arrival in Canada.

A city of Toronto restriction on public events through June 30 does not include sporting events. But Lamport Stadium is owned by the city. And the question would be moot if government bans on public gatherings continue.

The status of Air Transat, which has currently suspended all flights, will also come into play. Under its deal with rugby league authorities, Toronto is responsible for its opponents' travel and accommodation with the airline, a team sponsor, transporting teams.

“There's a real chance that Super League kicks off over here again, the league starts again but we can't play our games over in Canada,” said McDermott.

One option could be reversing venues. For example, a home game against Castleford could be shifted to Castleford, with Toronto taking a slice of the gate.

“There's a few things we're looking at at the moment,” said McDermott. “But this is a real stark and heavy reminder to our club and (majority owner) David Argyle's pocket that even though everyone is in the same boat, it's not quite the same for us. We're having a double whammy here.”

As originally planned, Toronto has already staged three home games in England - having to share some of that revenue with the host clubs.

With Super League teams having anywhere from 21 to 24 games remaining in the season, McDermott expects a congested fixture list once the sport resumes play. That means midweek games that, given the physicality of rugby league, will put pressure on a small Wolfpack roster.

“It's going to hit us hard,” McDermott said.

Still he believes the congested schedule is worth it to help revive the sport.

Toronto has been dogged by salary cap restraints all season, given it is not eligible for certain breaks available to other teams because it does not have an academy. McDermott also says the Wolfpack have to play a premium to get players to join them because of the time away from their families while in Canada and the cost of having loved ones join them on the other side of the Atlantic.

Another issue is whether relegation should be on the table, given the disruption to the season. Any such decision, which would be made by the Rugby Football League, would affect both Super League teams and clubs looking to join them from the second-tier Championship as Toronto did.

“They are a number of different options being kicked around,” said Hunter.

McDermott argues that a jerry-rigged schedule is not a fair test for relegation.

“I don't think it's going to be us, by the way,” he added. “I think we'll be in good shape and at some stage, we're going to win enough games to stay up. That's me being optimistic. But any team, whoever finishes at the bottom, I don't think they deserve to be relegated.

“What that means for the Championship teams, I don't know.”

The authorities could decide to forgo relegation for the season and still promote the Championship winner to add a 13th team to Super League. But that would mean Super League teams giving up a cut of their TV money.