The New Year is upon us and with that, we reflect on how we've told stories in the past and how we can continue to tell stories innovatively in the future.

Of course there are also the inevitable psychic predictions on the year ahead. This year we have the oldest fortune tellers of all, the Mayans, telling us to prepare for the end.

As we look back, we would be remiss if we did not look at how social media in general, and Twitter specifically, changed the way we communicate, share information and ultimately, tell stories.

Case in point: The TTC lovers. One of the most "eye-popping" stories of 2011, the world got an eyeful of two TTC riders showing the world just how much they love each other on a dirty subway platform. By far the most retweeted Tweet of the week on CP24, the story spread quickly and far. We likely would have seen that story in Toronto without Twitter. But the world saw that video because of Twitter and social media. Every major Canadian media outlet covered the story, but it did not stop there. International news sites gave mention, and the video had tens of thousands of hits on YouTube.

On some levels, Twitter's usefulness is still a hotly debated topic even within the world of public affairs. Following Ontario's 2011 Provincial Election Campaign, Navigator -- a public affairs firm in Toronto, took a look back at the massive levels of Twitter activity from campaign spokespersons and leaders alike. Navigator found very little debate, very little moving of supporters, and very little "real" discussion. Despite thousands of Tweets, all we saw was a social media version of a grade school debating team.

Will it be any different in 2012 as the U.S. braces for an election?

Though Twitter's influence on some forms of politics can easily be dismissed, how can we deny the effect that Twitter has had on the Arab Spring? Or how Twitter brought us the latest developments following the Japan earthquake and Tsunami last March with an astounding 5,500+ tweets per second in the hours after the disaster? The way the world saw these events was fundamentally different than past similar events would have been seen and reported on in a pre-twitter world.

Twitter also changed the way we learned about and reported on the Toronto Earthquake in August of 2011. The moment the earth started to move, Twitter users across Ontario reach for their keyboards to see if they were the only ones who felt it. Turns out they were not. A popular website, Tredsmap.com, confirmed the quake long before any official statement from scientists watching their needles and dials. The website, in real time, plotted the use of the word earthquake over a map and clearly illustrated what Twitter users where saying; an earthquake had indeed hit our province. Twitter, and other social media tools, where the first to know, and the first to tell us. The immediacy of Twitter, fueled by users around the globe, is becoming the go to place for breaking news around the globe, and in user's own communities.

December's Virginia Tech shooting was another example of just how much Twitter has changed reporting. The actions of the school's campus paper was integral to how media outlets across the world covered the story. The student journalists were live-tweeting as they were under lockdown, giving the world details from the inside of the campus. They were also able to provide some of the first images from the scene.

But of course, there are always mistakes that are made and looking forward, the media will first have to learn from its errors in the past.

Verifying sources and making sure their information is credible will continue to become a challenge as news is learned and delivered in lightning-fast speeds.

We've all seen Twitter hoaxes get out of hand as every month there is a new "rumour" of a celebrity who has reportedly died.

Nonetheless, keen observers of social media and journalism have learned how to use Twitter as a powerful tool in the knitting together of a narrative for public consumption. Most reporters in the main stream media are active Twitter users. It provides a real time tool to follow how a story is evolving, new leads to track down, or a new perspective on an old story. Partisans and public affairs spin doctors have realized this too. They have found a way to communicate with journalists, provide new slants on a story, link to third party support, or even correct the record before an article is printed or broadcast aired.

Even if consumers of public affairs media are not on Twitter, chances are they are reading articles informed or influenced by Twitter without even knowing it. If we view Twitter as a tool in the creation of content it is impossible to deny its importance.

2011 showed us that more and more people are turning to Twitter as a credible source of information and intelligence. It has already changed how, when, and sometimes even why we consume information.

What does 2012 hold in store for Twitter? Who knows, perhaps if the Mayans were right, we can follow the breaking news on the destruction of our world in real time when the end comes in the next few months. Lets just hope that #TheMayansWereRight does not become a trending topic. But if the end comes, Twitter will be the first to tell us.

Will Stewart is a consultant with Navigator, a Toronto-based public relations firm. He is also a regular guest on CP24's LeDrew Live as a commentator on social media trends. 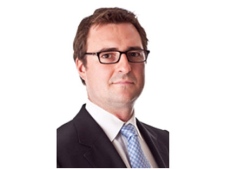 Will Stewart is a consultant with Navigator, a Toronto-based public relations firm. He is also a regular guest on CP24's LeDrew Live as a commentator on social media trends.