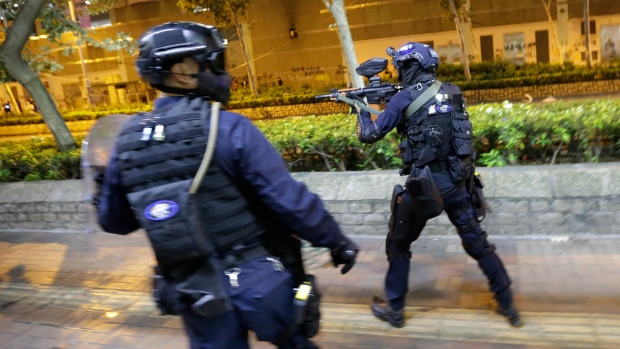 HONG KONG - Seven Hong Kong pro-democracy lawmakers have either been detained or face arrest Saturday, in a move expected to escalate public fury during months of unrest.

A police statement said one of the lawmakers was charged Saturday. All of them will appear in court on Monday.

Lawmakers told a news conference their colleagues are expected to be charged with obstructing the local assembly during a raucous May 11 meeting over a now-shelved China extradition bill that sparked five months of protests calling for democratic reforms in the semi-autonomous Chinese territory.