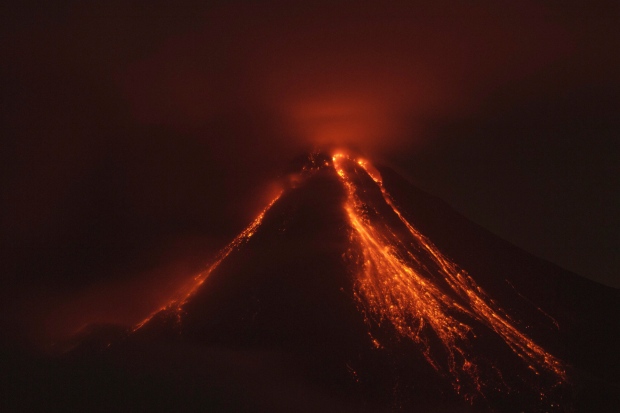 Lava flows down the banks of the Colima Volcano, also known as the Volcano of Fire, near the town of Comala, Mexico, Friday, July 10, 2015. (AP Photo/Sergio Tapiro Velasco)

MEXICO CITY -- Ash and cinders spewing from the Colima Volcano in western Mexico have prompted authorities to evacuate 19 people from a nearby village.

The volcano began erupting on Thursday and has become increasingly active, leading officials to relocate people from the community of Yerbabuena in the municipality of Comala.

Civil Protection officials said Saturday the residents were taken to a temporary shelter. Residents of other communities were evacuating voluntarily.

The department reported that 2 inches (5 centimetres) of ash had fallen on Yerbabuena.

The Colima Volcano, which sits near the border of the western states of Colima and Jalisco, is also known as the Volcano of Fire.