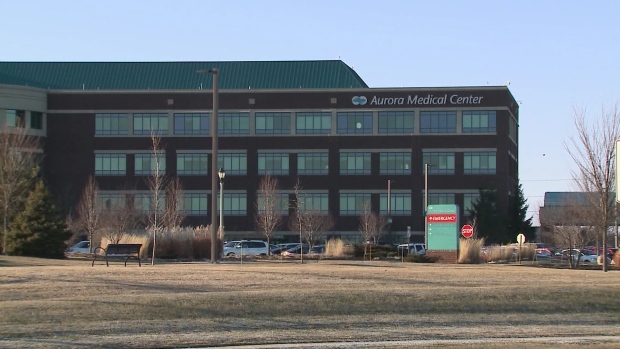 The Aurora Medical Center in Grafton, WI is shown. (CNN)

(CNN) -- Police in Grafton, Wisconsin, have arrested a recently fired pharmacist they say removed 57 vials of the Moderna vaccine from a local hospital's refrigerator and left them to sit out.

Investigators believe the man removed the vaccine "knowing they would not be usable," a police news release from Thursday says.

According to police, the hospital pharmacist allegedly provided public safety officials at Aurora Medical Center in Grafton with a written statement saying he intentionally removed the vials, knowing that if they were not properly stored, the doses would be ineffective.

A pharmacy tech found 57 vials in the early hours of Saturday, December 26, and put them back in the refrigerator, the president of Aurora Health Care Medical Group, Dr. Jeff Bahr, told reporters Thursday.

"Based on information available, (we) determined that the vaccine was still able to be administered on the morning of December 26, given the 12-hour period of viability after removal of refrigeration," Bahr said.

But during the course of an internal investigation, the former employee said the vaccines were also removed for a period of time in the overnight hours of December 24 and 25.

Bahr said 57 vaccinations that were given Saturday are either less effective or ineffective, based on the new information provided by the pharmacist.

The pharmacist, a resident of Grafton who was not identified, could face charges of first-degree recklessly endangering safety, adultering a prescription drug, and criminal damage to property.

All three charges are felonies, according to the news release.

Police officials said the former employee is being held at the Ozaukee County Jail.

Hospital officials said Wednesday the person was no longer employed there.

The vials' removal from refrigeration at the medical center just north of Milwaukee, and the subsequent need to discard many of them Saturday, means more than 500 doses were lost, Advocate Aurora Health said.

Hospital officials are partnering with Moderna and the US Food and Drug Administration to figure out a strategy for those who received the 57 doses.

The destruction of the other doses was widely reported earlier this week when the hospital system said it believed vials of the Moderna Covid-19 vaccine "were not replaced in the refrigerator after temporarily being removed to access other items" at the hospital.

"We are more than disappointed that this individual's actions will result in a delay of more than 500 people receiving their vaccine," the statement reads.

Grafton police had said the hospital system contacted them Wednesday evening about "an employee tampering with vials of the Covid-19 vaccine."

"This matter is being actively investigated by the Federal Bureau of Investigation, the Food and Drug Administration and the Grafton Police Department," Grafton police said.

Neither police nor the health care system has publicly discussed a motive.

CNN has reached out to the FBI Milwaukee but has not heard back.

Moderna says its vaccine generally must be stored at temperatures below what a refrigerator can provide. But it can also last 30 days in normal refrigeration, allowing hospitals and pharmacies flexibility for storage and distribution.

The hospital system has not said how much time elapsed from when the vials were removed from the refrigerator to when they were discovered.

The vaccine can last up to 12 hours out of a refrigerator, according to Moderna.