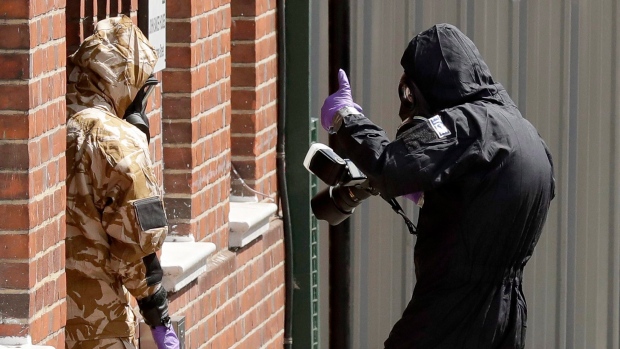 British police scour sections of Salisbury and Amesbury in southwest England, searching for a container feared to be contaminated with traces of the deadly nerve agent Novichok. (AP Photo/Matt Dunham)

LONDON - British police say a second police officer who responded to a March 2018 nerve agent attack in the English city of Salisbury was exposed to the agent Novichock.

The Metropolitan Police force said Thursday that another officer showed signs at the time of having been exposed to a “very small amount” of Novichok, and that tests had now confirmed it.

Months after the attack, a local man found a perfume bottle containing traces of the discarded nerve agent. He became severely ill and his girlfriend died from the exposure.