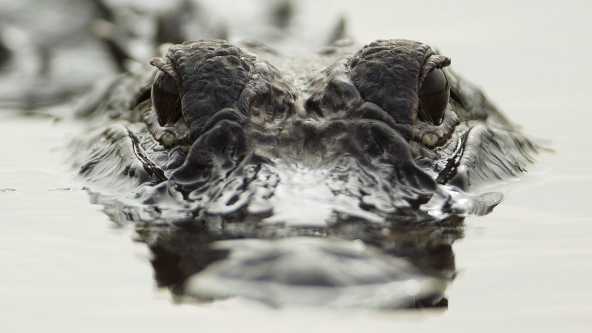 FORT MYERS, Fla. - A Florida family refused to make room at their Thanksgiving table for an uninvited guest, who was so angry at being left out that he repeatedly slammed the front door.

Homeowner Chhaa Behary says she peeked through her window to get a good look at the unwanted visitor, and saw what she called a “gigantic” alligator smacking her door with its tail.

Why her house, she asked. Did the gator smell turkey?

CBS Miami reports that her fiancee called animal control, which arrived within minutes. The gator did not go gently into the night.

Behary said their neighbourhood in Fort Myers is surrounded by the alligators' natural habitat, and it's a good reminder to be careful with children and pets when walking outdoors in the dark.