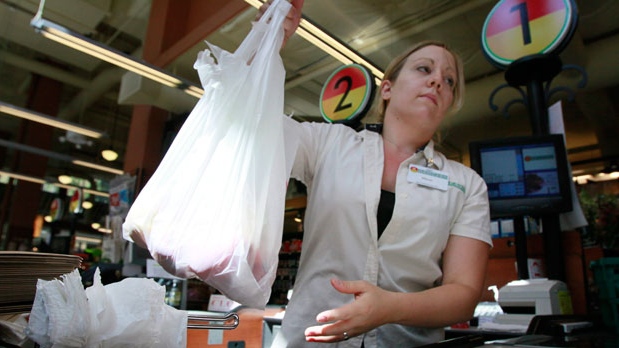 TORONTO - A coalition of environmentalists, retailers and taxpayer advocates has formed to fight Toronto's upcoming ban on plastic bags.

The alliance of 15 organizations launched a campaign at city hall on Monday to inform the public about the ban's shortcomings.

The coalition says the ban won't reduce pollution, as some supporters have argued.

The ban, which council narrowly voted in favour of last June, is set to go into effect on Jan. 1.