From Marvel to memoir: superhero star Simu Liu to publish book on his life 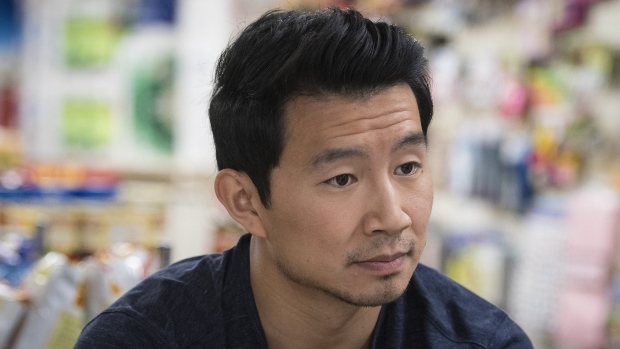 Less than a month after landing the role of Marvel's first big screen Asian-American superhero, Chinese-Canadian actor Simu Liu is adding another major milestone to his resume: a book. (THE CANADIAN PRESS/Tijana Martin)

TORONTO - Less than a month after landing the role of Marvel's first big-screen Asian-American superhero, Chinese-Canadian actor Simu Liu is adding another major milestone to his resume: a book.

HarperCollins says it plans to publish a memoir from the writer/actor/director, who is known for his role on the CBC-TV comedy series “Kim's Convenience.”

The book is slated for publication in 2021.

Last month Marvel revealed that Liu has been cast as the star of the groundbreaking film “Shang-Chi and the Legend of the Ten Rings,” due in February 2021.

HarperCollins says his memoir “will recount his complicated childhood, including the weight of immigrant family expectations, his determination to follow his dream, and his gratitude for his parents' sacrifices, love, and life lessons.”

Liu immigrated to Canada from northern China at age five and grew up in Etobicoke and Mississauga, Ont.

A graduate of the Ivey Business School at Western University, he first worked as an accountant in Toronto's financial district before trying his hand at acting.

Simu says in a statement that a literary agent first approached him about writing a book proposal almost two years ago and he was “taken aback.”

“I never thought that I would be writing a memoir this young,” he said. “After thinking about it, I realized that the story I had to share went beyond my own life - rather, it extended decades back to the lives of my parents as they grew up in China and then ultimately made the decision to immigrate to Canada.”

Liu's other acting credits include the shows “Fresh Off the Boat,” “The Expanse” and “Orphan Black.”