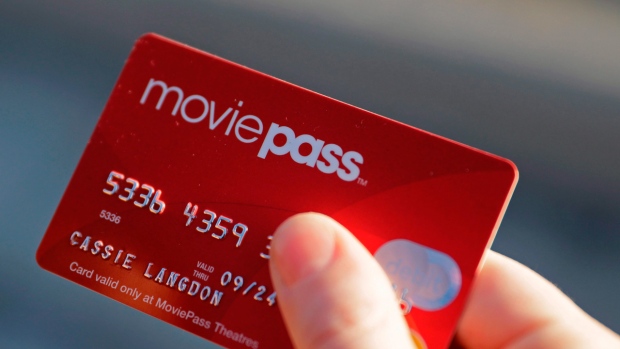 NEW YORK -- MoviePass, the movie ticket subscription service that allowed subscribers to buy up to three movie tickets per month for a small fee, shut down Saturday.

Its future is unclear.

Helios and Matheson Analytics, the parent company of MoviePass, said Friday in a release that it was interrupting service for all its subscribers because its efforts to seek financing have not been successful.

It says it's “unable to predict if or when” MoviePass will continue. The company says it's planning to study all options including the sale of the company in its entirety.

MoviePass drew in millions of subscribers, initially luring them with a $10 monthly rate. But that proved unsustainable. Because MoviePass typically pays theatres the full cost of tickets - $15 or more in big cities - a single movie can put the service in the red. The company was forced to make changes. Those efforts, however, never stopped the losses.

In a letter posted to subscribers on its website, Mitch Lowe, CEO of MoviePass, wrote,“ In August 2017, MoviePass began a transformation of the movie going industry by introducing its low monthly price subscription service. Since then, others in the industry have followed our lead. ”

Helios acquired a majority stake in the subscription service in 2017.