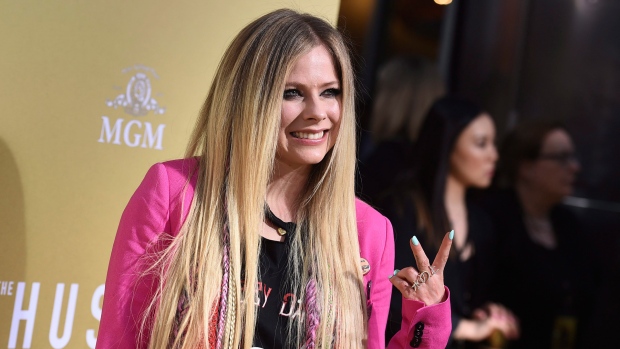 Avril Lavigne arrives at the Los Angeles premiere of "The Hustle" at ArcLight Hollywood on Wednesday, May 8, 2019. THE CANADIAN PRESS/AP, Jordan Strauss/Invision

TORONTO - Avril Lavigne is pushing ahead with plans for her first tour in five years.

Lavigne, who was diagnosed with Lyme disease in 2014, will start the run of dates in Seattle on Sept. 14.

She will reach Toronto's Sony Centre for the Performing Arts on Oct. 6. Other stops include Los Angeles, New York, Chicago and Boston.

The tour will support of her latest project “Head Above Water,” a deeply personal album released earlier this year.

Lavigne says she wrote all of the songs sitting in her bed or on the couch while the effects of Lyme disease made her body feel like it was shutting down.