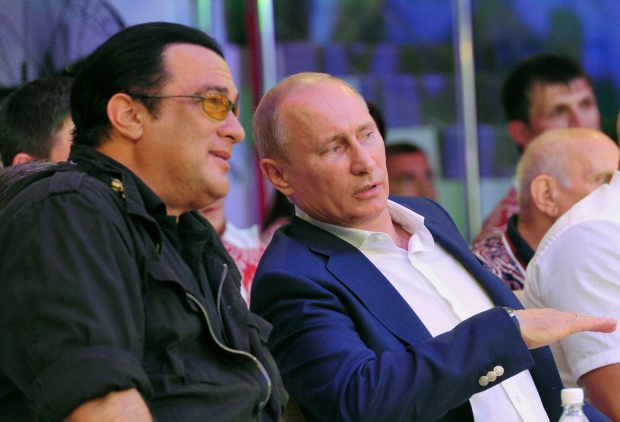 MOSCOW -- The Russian news RIA Novosti says American actor Steven Seagal has performed at a concert in the breakaway region of Crimea on a stage decorated with the flag of pro-Russian separatists fighting in eastern Ukraine.

Seagal, who knows Russian President Vladimir Putin, performed Saturday night in the Black Sea port city of Sevastopol at a concert organized by a motorcycle gang of Russian nationalists known as the Night Wolves. Russia annexed the Ukrainian region in March.

RIA Novosti reported that Seagal was then handed a shirt with Putin's face on it, which he held aloft as he thanked the crowd.

Fighting in eastern Ukraine continued to rage Sunday while Ukrainian officials demanded that the insurgents surrender.