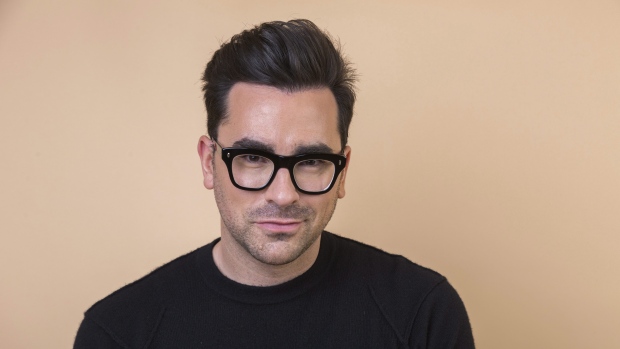 The media watchdog group says it will give the Toronto actor/writer/producer the Davidson/Valentini Award at the GLAAD Gala San Francisco on Sept. 28.

The award is named after Craig Davidson, GLAAD's first executive director, and his partner Michael Valentini.

It honours an LGBTQ media professional who has promoted acceptance for the LGBTQ community.

Levy is the showrunner on “Schitt's Creek” and also stars as a character who identifies as pansexual, which means being open to all sexual orientations or gender identities.

The openly gay Levy has also done fundraising for GLAAD and, in honour of his recent birthday, his fans raised over $20,000 for Ontario's LGBT Youth Line.

“Schitt's Creek” airs on CBC and Pop TV and is also on Netflix.

The show about a formerly rich family living in a small-town motel is up for four Emmys next month, including best comedy series.

Stars Catherine O'Hara and Eugene Levy are also up for acting trophies.

“Through his work on-screen and behind the scenes of 'Schitt's Creek,' Dan Levy moves LGBTQ visibility on television forward in humorous, compelling, and necessary ways,” Sarah Kate Ellis, president and CEO of GLAAD, said in a statement.

“By featuring and celebrating a pansexual character, Dan and 'Schitt's Creek' are expanding representation of the spectrum of identities within the LGBTQ community in a way that other content creators should model. Dan has been such a powerful advocate throughout his career, and continues to use his platform to uplift and inspire LGBTQ youth.”