TORONTO - Two buses will leave Owen Sound and Walkerton this morning, headed to the provincial legislature in Toronto.

The buses will be carrying more than 75 correctional officers and their supporters to voice opposition to the province's plan to close two local jails.

OPSEU has collected more than 12,000 names on its petition to oppose the jail closures in Walkerton and Owen Sound.

Peabody says this may be their last hope to keep the jails from closing.

Haswell and Peabody, along with Bruce-Grey-Owen Sound member Bill Murdoch and other members of the opposition are to hold a noon news conference at the legislature.

The jail guards will also hold an information picket outside Bradley's office in Toronto. 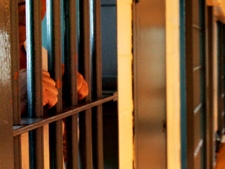