Layoff notices are going out Monday to more than 250 Toronto Transit Commission employees.

The non-unionized employees are being let go as part of the TTC's plan to reduce its 2012 budget by 10 per cent.

The decision became official at a meeting last week.

In addition to the layoffs, 171 front-line operator jobs will be eliminated through attrition as the TTC tries to find millions of dollars in savings.

The measures will bring a projected 2012 budget shortfall of $85 million down to $21 million.

There was also talk of a possible fare hike, but that decision was deferred until December. 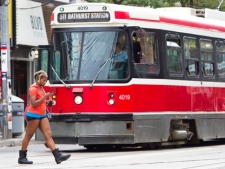