'Price is Right' contestant turns down trip to Winnipeg 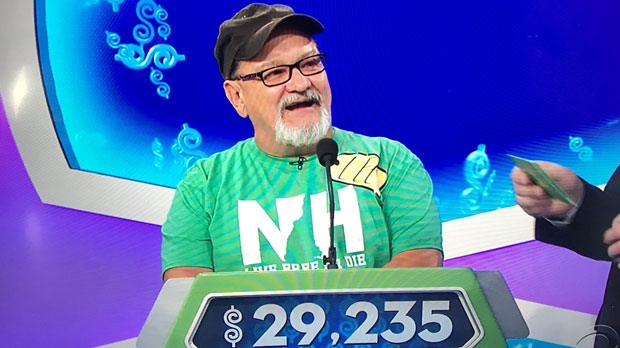 Lee Norton, of New Hampshire, is seen appearing on "The Price is Right." (Source: Twitter/@JohnDoyle603/CBS)

WINNIPEG -- A New Hampshire man who won a trip to Manitoba on "The Price is Right" has declined to make the journey because the taxes were too high.

Lee Norton won a six-night stay at the Fort Garry Hotel in Winnipeg on the Dec. 4 episode of the game show.

The hotel told CTV Winnipeg that Norton declined the trip because of the taxes he would have to pay.

The game show promised contestants "a winter they will never forget" with a chance to "watch polar bears in their natural habitat in beautiful Canada."

Norton was seen clapping and smiling at the prospect before winning the prize.