1 dead, 7 others injured in 4 separate shootings in Toronto on Sunday

It was a violent Father's Day in Toronto after four separate shootings on Sunday that left one man dead and seven others injured, including two teenage boys.

Police were first called to an apartment building on Humber Boulevard, near Weston Road and Black Creek Drive, at 2:42 p.m. for reports of shots fired.

Toronto police Const. Alex Li said officers located a 15-year-old and a 16-year-old boy suffering from gunshot wounds. They were both rushed to the hospital in critical condition.

"It's concerning, especially with young people being shot," Li said. 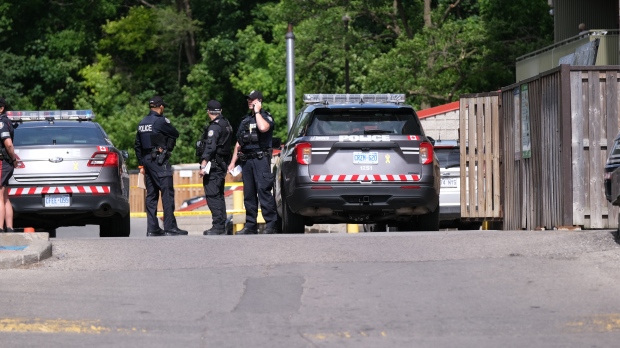 He noted up to 15 shots were heard in the area.

"We have spoken already to numerous witnesses. As you can tell, it's a lot of apartments behind us and townhouse complexes. We want to thank the community residents for coming out and helping us out with initial information," Li said.

"I want to reaffirm the fact that we have deployed all available resources in the area to keep the area safe."

At around 4:17 p.m., Li said officers responded to another shooting on Amaranth Court, north of the Allen Road and Lawrence Avenue West area. 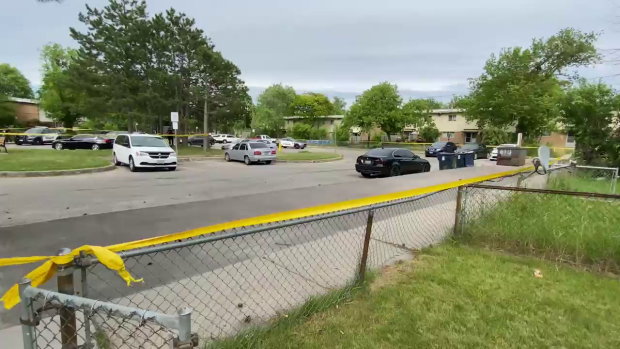 When they arrived, officers located a man with a gunshot wound. Li said the victim was transported to the hospital via an emergency run.

He is in critical condition.

Minutes later, at 4:24 p.m., police were called to a third shooting more than two kilometres away at a housing complex on Lotherton Pathway, near Caledonia Road and Lawrence Avenue West.

Upon arrival, officers located a man without vital signs, Li said. He was later pronounced dead at the scene.

Homicide investigators have not been called in to investigate this shooting.

A resident in the area described hearing six loud shots. He said, "They were not a low calibre. They sounded like a high calibre, automatic because they went pop, pop, pop, pop, pop really loud." 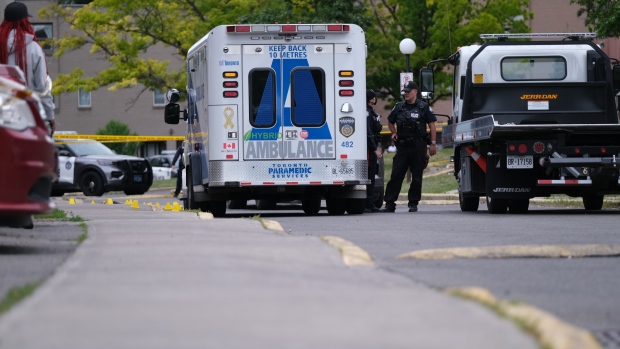 "We have specialized units, our guns and gangs task force have been deployed, as well as our neighbourhood officers are in the area," Li said.

He noted that police do not yet have suspect information on the three shootings.

"It's tough any day, but especially on Father's Day, and many of us are fathers. And this hits home," Li said, calling the shootings "brazen."

"It's a cause for concern. But we want to reassure the community that we have all support that have been brought upon with us, with the Toronto Police as well as victim services to assist these families. And we will ensure that the community feels safe and supported during this time."

Around 8 p.m., police responded to the city's fourth shooting of the day in Scarborough.

Police said four people were shot at an unsanctioned car meet in the parking lot near McCowan Road and Milner Avenue, north of Highway 401. 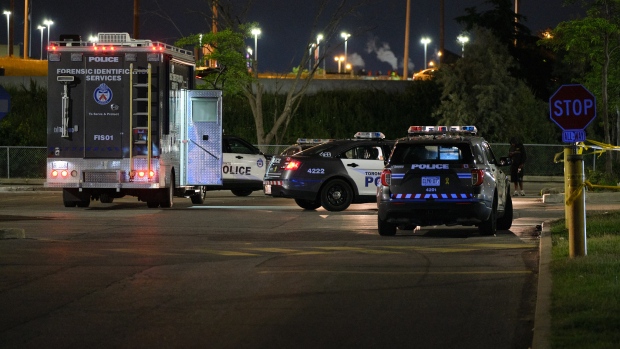 According to Toronto paramedics, one of the victims suffered severe, life-altering injuries, two others sustained severe injuries, and a fourth victim had minor injuries.

Police said they are looking for a white Honda Civic that was seen leaving the area.