191 cases dropped in Ontario due to court delays since 2016, AG says 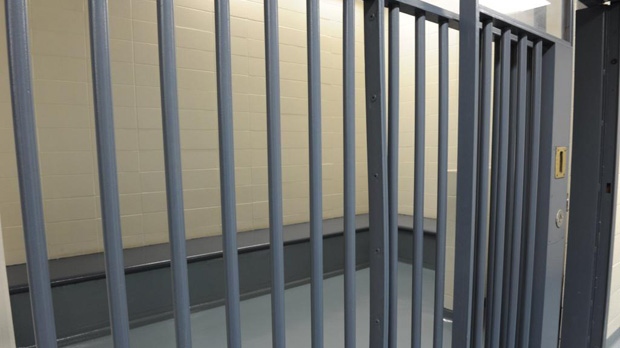 Bonnie Lysyk said in her annual report that a backlog of criminal cases in the court system is growing while courtrooms only operate for an average of 2.8 hours a day, and some child protection cases are going unresolved for more than three years.

The report looked at various aspects of the justice system, including criminal and family courts, jails and detention centres, as well as coroners' operations.

It found that last year, 19 of the 23 top-billing coroners - who are also physicians - performed death investigations on people who had been their patients in the previous five years. Fifteen of them had seen those patients within the preceding year, which raises conflict of interest concerns, Lysyk wrote.

There were no autopsies performed in about half of those cases, she found.

“These cases are concerning because there is a risk that the truth about a death will not come to light if the physician's treatment decisions while the patient was alive could have contributed to the patient's death,” she wrote.

One coroner had seen a patient 143 times in the four years prior to their death and had prescribed methadone. The cause of death was drug toxicity. Another coroner who practised as an orthopedic surgeon had overseen a patient's hip fracture surgery. The patient died a week later due to complications from the fracture, and the coroner reported there were “no care concerns” and didn't perform an autopsy.

The report also said that the Office of the Chief Coroner doesn't have procedures for inventories of bodies. Some have been found in the wrong cooler, others are moved out of cold storage and into the hallway due to a lack of space, and in one case a pathologist performed an autopsy on the wrong body, the auditor found.

Solicitor General Sylvia Jones said the chief coroner and the Ontario Forensic Pathology Service have accepted all of the auditor's recommendations on how to improve their systems.

In the courts, Lysyk found that the number of criminal cases awaiting resolution grew by 27 per cent to about 114,000 cases, while the average number of days needed to deal with a case grew by nine per cent.

The Supreme Court of Canada ruled in 2016 that cases must be dealt with in certain time frames or be tossed, and Lysyk says 191 cases in Ontario have been stayed in the last three years because of that.

“These cases...denied justice to victims and may have had a significant impact on public confidence in the justice system,” the auditor's office said.

But getting detailed information proved difficult, Lysyk said, as the chief justices of the provincial and Superior courts, as well as staff at the Ministry of the Attorney General refused to give the auditor's investigators certain information.

“We respect the confidentiality under which the courts must operate and the independence of the judiciary, but the Auditor General Act does give us the statutory authority to review government spending,” Lysyk said.

Attorney General Doug Downey said in a statement that he often hears that Ontario's justice system is too complex and outdated.

“I am actively working on legislative proposals to improve the operations of our courts and have asked the ministry to explore options to implement turnkey technology initiatives that are currently being used successfully in other jurisdictions,” he wrote.

The delays are evident in the province's adult correctional facilities too, with 71 per cent of inmates being on remand, which means they haven't been convicted or sentenced, Lysyk found. That is up from 60 per cent in 2004-2005.

The report said that the high percentage of inmates on remand can largely be attributed to delays in the criminal courts, but Daniel Brown, a lawyer and vice-president of the Criminal Lawyers' Association, said a growing remand population is not caused by a lack of court space.

“It's caused by judges who detain people while (their cases are pending), meaning there's just an over-reliance on incarceration instead of bail,” he said. “To lump that in with any problems surrounding delay, I think, is misleading.”

As well, a growing number of inmates have a mental health alert on their file, and segregation is being used to confine some of those people due to a lack of specialized care beds, the auditor found.

In the family courts, about one-quarter of the 5,249 child protection cases had been pending for more than 18 months - some for more than three years.

Courtrooms across the province are in operation for an average of just 2.8 hours a day, the auditor found, well below the ministry's optimal average of 4.5 hours. The 55 courthouses across the province - out of a total 74 - that reported above-average delays in resolving cases were also ones operating for fewer than 4.5 hours a day, the audit found.

The courts in Barrie, Newmarket, Milton, Ottawa, and College Park and 1000 Finch Ave. W in Toronto had average daily operating hours above 4.5 hours a day. The auditor also noted that the court in Brampton, a busy hub, often transfers cases to neighbouring courts because of capacity issues.

The courts with the lowest average operating times - under 1.5 hours in a day - were in Picton, Cayuga, Simcoe, and Fort Frances.

The system remains heavily paper-based, Lysyk said, with paper making up more than 96 per cent of the documents filed in Ontario's court system in 2018-19.