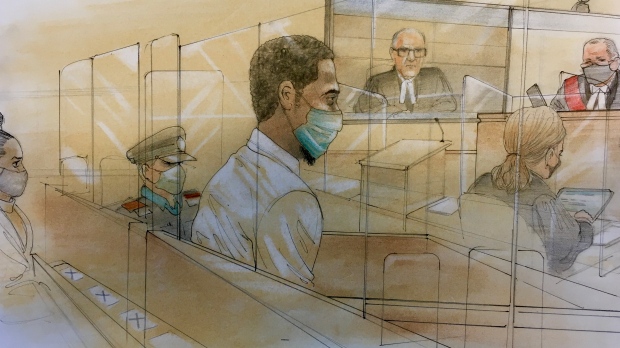 A man who pleaded guilty to attempted murder in connection with a 2018 shooting in a Scarborough playground that left two young children injured apologized in court on Monday, saying that he “loves kids” and is ready to face the consequences of his actions.

The shooting took place on the evening of June 14, 2018 at a playground near McCowan Road and McNicoll Avenue.

Eleven children were playing in the park at the time gunshots rang out. Two young girls—ages five and nine at the time—were struck.

They were rushed to the hospital with serious injuries and have physically recovered.

T’Quan Robertson was taken into custody in connection with the incident in July. Last week he pleaded guilty to one count of attempted murder and two counts of aggravated assault. 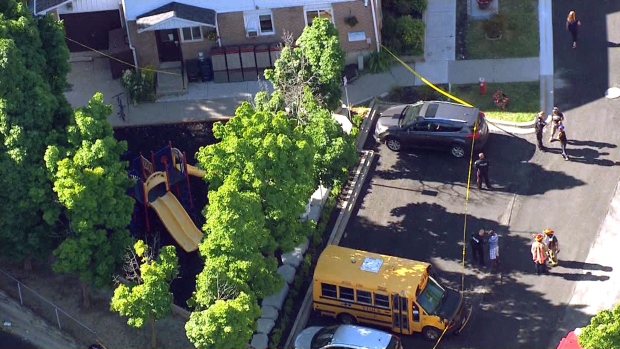 In a sentencing hearing held on Monday, Robertson apologized for the shooting.

“I love kids and what I did was horrendous and I am ready to face the consequences ,” he told the court during a virtual session.

According to an agreed statement of facts, Robertson and two other men left an apartment in Pickering around 4:30 p.m. the day of the shooting. They drove to the Alton Towers Circle complex in a black Nissan Vera and were seen in surveillance footage driving past the playground and then circling back a second time.

The intended target of the shooting, Clinton McDonald, moved from the parking lot area further into the playground near the basketball area, the court document said.

“There were numerous children playing in the playground both times the Nissan drove past it,” the agreed statement of facts said.

The vehicle circled the area a third time before re-entering the townhouse complex. About six minutes later, Robertson and one other person got out of the vehicle.

“They ran over to the edge of the parking lot and fired 10 shots from a semi-automatic handgun through the wooded fence into the basketball area of the playground where Clinton McDonald was playing with several young children,” the agreed statement of facts said. 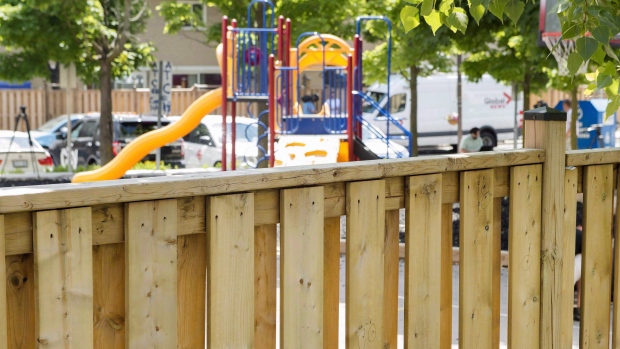 The two shooters returned to the vehicle and “speed out of the parking lot” before returning to the apartment building.

A Canada-wide warrant was issued for Robertson and a reward of $75,000 was offered by the Toronto Police Service for information leading to his arrest.

He was taken into custody on July 28 in Whitchurch-Stouffville, Ont.

Two other suspects, whose names have been placed under a publication ban, have also been charged in connection with the shooting.

The sentencing hearing for Robertson is scheduled to continue at 10 a.m. on Oct 29.