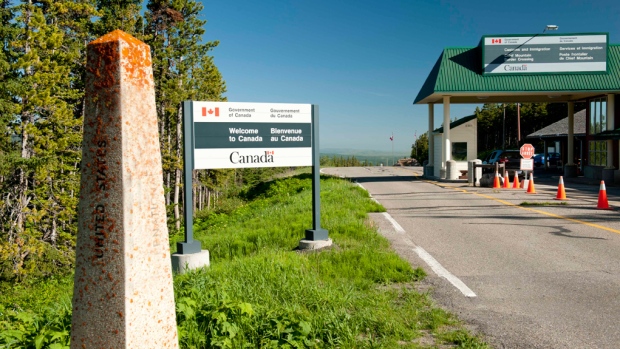 A land border crossing is pictured in this handout photo from the Canada Border Services Agency. (Handout)

OTTAWA - A woman accused of spying for Russia says there's nothing to the allegations because her actions ended up helping -- not harming -- Canadian interests.

Elena Crenna is asking the Federal Court to overturn an immigration adjudicator's decision to bar her from Canada over events more than two decades ago.

A hearing on the matter is slated for Wednesday in Ottawa.

The spy saga began in 1994 when Canadian David Crenna hired Elena -- whom he would later marry -- as an interpreter and public-relations representative on a humanitarian housing project in Tver, Russia.

An agent from the FSB, a Russian security agency, contacted her to ask questions about the project and David gave her permission to tell the agent anything he wanted to know in the interest of transparency.

Immigration officials gave Elena approval to live in Canada in 2018, but the federal government successfully appealed the decision on grounds she engaged in espionage.