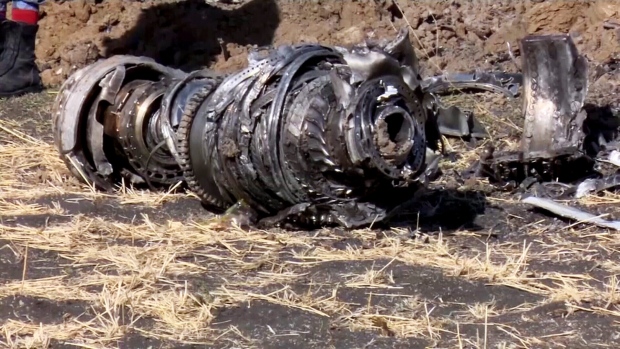 Investigators have determined that an anti-stall system automatically activated before an Ethiopian Airlines Boeing 737 Max jet plunged into the ground, a newspaper reported Friday.

The preliminary conclusion, based on information from the aircraft's data and voice recorders, shows that the malfunctioning automated system may be responsible for the deadly March 10 crash, The Wall Street Journal reported. It also is a strong link to the fatal crash of an Indonesian Lion Air Max jet, which had similar problems in October.

Both crashes killed a combined 346 people and are being investigated by teams of international experts led by the countries where the flights originated.

The Wall Street Journal reported the preliminary results of the Ethiopia investigation, citing unidentified people that it said were briefed on the probe. The newspaper said the consensus among investigators was revealed during a briefing at the U.S. Federal Aviation Administration on Thursday.

An FAA spokesman wouldn't comment when contacted by The Associated Press on Friday, and an Ethiopian Ministry of Transport spokesman said he knew nothing about the newspaper's report. Ethiopian officials were expected to release their preliminary report soon.

The preliminary findings could be revised, but they point to the system, called MCAS (or Maneuvering Characteristics Augmentation System) as the potential cause of both crashes. Regulators say the Ethiopian Airlines Max jet followed a similar flight path to the Lion Air flight, including erratic climbs and descents before crashing minutes after takeoff.

The 737 Max 8 has been grounded worldwide due to the crashes as Boeing works on an update to its software to make the planes safer.

The MCAS system is designed to automatically point the nose of the jets down if it senses potential for a loss of lift, or aerodynamic stall. Aircraft can lose lift from the wings and fall from the sky if the nose points too high.

The system also makes the Max fly similarly to older generations of Boeing's 737, negating the need for a lot of added pilot training.

Boeing is working on an update to the MCAS software so it's less aggressive about pointing the nose down and easier for pilots to override it.