City to push for suspension of Muzik's liquor licence 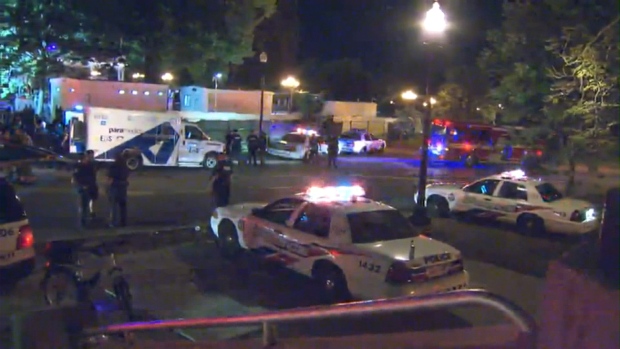 City council has voted in favour of asking the Alcohol and Gaming Commission of Ontario to suspend the liquor licence of an Exhibition Place club that was the site of a deadly shooting in August.

In a vote on Friday afternoon, council directed the City Solicitor to request that Muzik nightclub’s liquor licence be suspended or revoked.

The motion approved by council stated that “the past and present conduct of the licensee” suggests “that the business will not be operating in accordance with the law” going forward. The motion also accused the licensee of “carrying on activities that are in contravention of the Liquor Licence Act or its regulations” and concluded that the “operation of the business is not in the public interest.”

The request comes almost two months to the day after an Aug. 4 shooting at an after party for Drake’s OVO Fest that was held at Muzik. Twenty-six-year-old Ariela Navarro-Fenoy and Duvel Hibbert, 23, were both killed in that shooting.

According to a letter penned by coucillors Mike Layton and Gord Perks and considered by council on Friday, police have investigated two other shooting incidents that were “directly linked to the premises” since 2013, including one that resulted in a man’s death. The letter also noted that police have had regular dealings with the club in general, responding to nine assault calls, seven assault causing bodily harm calls, two assault with a weapon calls and two sexual assault calls since June 2012.

In addition, the letter pointed out that the Alcohol and Gaming Commission of Ontario has levied $6,000 in fines against the club over a three-year period for a number of infractions, including drunkenness on its premises, narcotics on its premises and promoting immoderate consumption on its premises.

In a separate letter addressed to council Muzik owner Zlatko Starkovski defended his club, noting that it has “always exceeded every municipal, AGCO and industry standard for security and safety.”

Starkovski then suggested that he has “repeatedly requested” changes to Muzik’s lease that would allow the business to “move away from night club operations” and host other events instead.

Muzik’s lease with the city currently stipulates that it operate only as a night club.