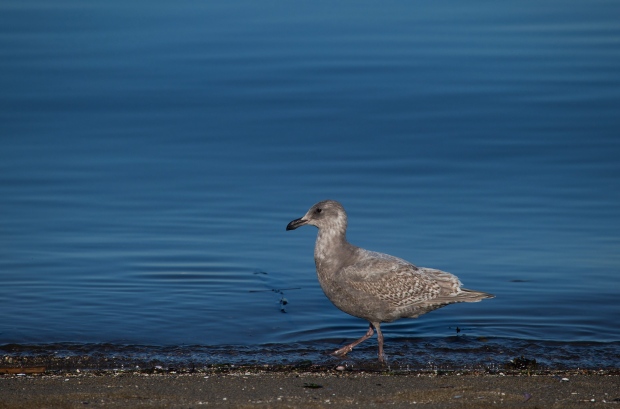 VANCOUVER -- Efforts were progressing Sunday to remove the remaining globs of bunker oil that spilled into Vancouver's English Bay last week as the Coast Guard continued to answer criticism of how it responded to the situation.

It appeared the south shore of the bay was largely free of oil that leaked from a cargo ship, but small amounts were still detected. Efforts were continuing to clean up fuel oil that washed up along other parts of the shoreline, Asst. Commissioner Roger Girouard told a news conference on Sunday.

The oily sheen that can be seen in the waters of English Bay amounts to about half a litre out of the 2,700 litres that leaked from the MV Marathassa, Girouard said.

"We've captured the lion's share, I cannot say that we captured it all, we never get it all," said Girouard, who added it was still not known if any oil sank to the sea bed, but it was considered unlikely.

Fewer birds have been exposed to oily water than originally thought -- about a dozen birds are being cared for but all seem to be in good shape, Girouard said.

"I'm told they are lively and doing fine."

The Coast Guard also made efforts to clear the air about its handling of the spill, issuing a timeline of how it responded when it first learned of the spill last Wednesday.

Both Vancouver Mayor Gregor Robertson and B.C. Premier Christy Clark harshly criticized the Coast Guard's response, saying it took too long to contain the spill. The Coast Guard has strongly disagreed, saying 80 per cent of the spill was contained within 36 hours, which it rated as an excellent response.

Girouard acknowledged on Sunday there were some communications breakdowns and one major deficiency was that Robertson wasn't notified of the spill as quickly as he should have been.

"I understand his frustration," Girouard said.

"There were a number of human factors where the intent to get the word out either broke down or even when the conversation occurred, the understanding of what the situation was or the import just failed in the relay.

On Sunday afternoon, Robertson commended the work of the Coast Guard but repeated his criticism of the overall response time.

He added that the spill's proximity to the city's downtown meant that a higher standard should have been expected.

"I don't think people in Vancouver think taking five hours to respond with booms and cleanup crews is reasonable," said Robertson, describing the incident as a big wake-up call.

"I think we'd expect a quicker response that."

Robertson added that the city was working to develop a volunteer monitoring program after more than 4,000 Vancouverites reached out to offer their help in the wake of the spill.

Assessments are ongoing to determine the amount of residual fuel that remains in the water column and on the ocean floor.