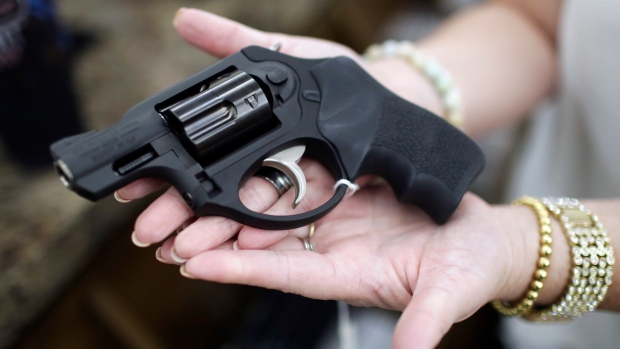 TORONTO -- The COVID-19 outbreak coupled with fears about more restrictive gun legislation has fuelled a spike in firearm and ammunition sales, several dealers said this week.

Buyers, they say, are stocking up while they can.

"We are seeing a surge in sales," said Ross Faulkner, owner of The Gun Dealer in McAdam, N.B., which bills itself Atlantic Canada's largest firearms store. "When things get tough, it's certainly a feeling of security, especially when you're dealing with uncertain times like we're dealing with now."

Faulkner said people are reaching for new shotguns and buying "staple" ammunitions. Strong firearms sales, he said, are not just due to coronavirus fears but also to concerns over the federal government's crackdown on guns.

Some stores said they had not noticed any big changes in sales, a marked difference from many outlets in the United States. Reports from the U.S. suggest an almost unprecedented surge in gun sales, especially in states hit hardest by the virus.

While the government has been taking pains to reassure Canadians that isolation and other measures aimed at curbing the spread of the virus won't affect supply chains, guns and ammunition are a special case. Dealers need shipment import and export permits. Supplies, primarily from the United States and Europe, can take up to six months to arrive.

The result, said Wes Winkel, head of the Canadian Sporting Arms and Ammunition Association, has been an "extreme surge" in domestic sales. Part of it relates to concerns about being able to get permits as government offices close, as well as overall supply fears.

"In no product in our supply chain does it take longer to replenish than in firearms and ammunition," said Winkel, whose association represents retailers, distributors and manufacturers. "People know if they don't get stuff and the supply chain is being depleted, they're going to run out quickly."

Winkel said some people in more remote areas of Canada are worried about coronavirus-related disruptions in food supplies. As long as they have guns and ammo, he said, they can always harvest their own food.

Nicolas Johnson, a Toronto-based gun-rights activist, said a blog post he wrote in July 2018 on how to buy a handgun legally has become his most-read in the past week.

"In times of uncertainty, you focus on the basics like water, food and self-protection" Johnson said. "It's easy to imagine how things can deteriorate."

The Liberal government, to the chagrin of the gun-rights lobby, has already taken steps to tighten laws. Its platform during last fall's election called for a ban on military-style assault weapons and allowing municipalities to ban handguns, among other restrictions.

"We're not quite at the toilet paper stage but people are buying a little more than normal," said Julie Howes, manager at Target Sports. "We don't have lineups or anything out the door."

Some Canadian stores have opted to close in light of the virus, shifting to sales online.

Faulkner said he was keeping his store open for now, but employees have been taking extra precautions, such as cleaning counters, wearing gloves and washing hands more often.

"It's certainly different times right now," Faulkner said. "I've been in business for 43 years and it's the first time that my counter is lined with hand sanitizer."

This report by The Canadian Press was first published on March 18, 2020.