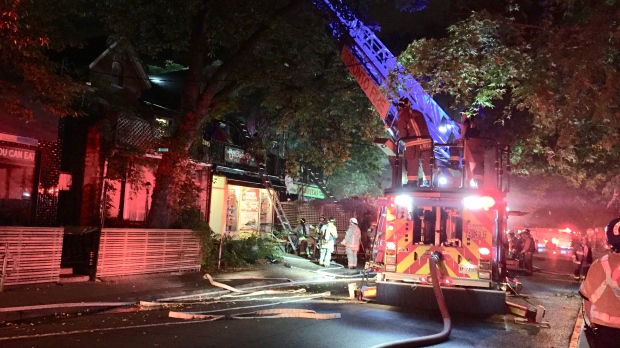 A two-alarm fire that tore through a Mexican restaurant in Baldwin Village last night left some $2 million of damage in its wake.

The fire broke out in the kitchen at Margaritas Toronto on Baldwin Street, between Henry and McCaul streets, shortly after midnight.

Large flames were visible at the back of the building and smoke coming from the area could be seen from some distance away.

Crews searched the building and found no occupants inside and the blaze was eventually knocked down.

It’s not yet known exactly how the fire started, but Toronto Fire is investigating.

A number of tenants were displaced by the fire, but have made alternate arrangements for accommodation, Toronto Fire said.