Several protests were held in Toronto and Brampton on Sunday, calling for the defunding of police.

In Toronto, hundreds of people gathered for a sit-in protest at Nathan Phillips Square organized by March for Change.

Walied Khogali Ali, who is with the Coalition against White Supremacy and Islamophobia, said he wants all government levels to look into how to deliver community safety better while divesting from the police.

"I'm here … to support the call by the community to defund the police and to invest in resources that support mental health, but also address the root causes of poverty that lead to the systemic violence that we see in our community," he said.

Khogali Ali said he is hopeful that the momentum created by these weekend protests will finally bring change.

"We still have laws in our books that need to be reformed and completely rescinded to better protect people that live in our communities." 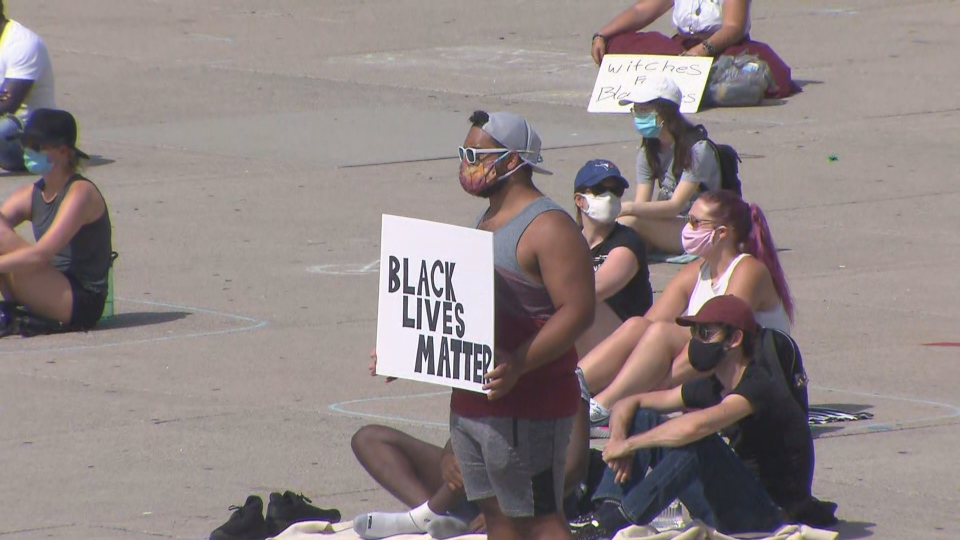 There have been growing demands to defund police in North America following the death of George Floyd, who was killed by police in Minneapolis in May.

Last week, Toronto City Council voted against a motion to ask the Toronto police to cut its 2021 budget by 10 per cent.

Instead, the council voted in favour of a motion by Mayor John Tory proposing changes to policing that includes overhauling the response to those in crisis along with anti-racism measures and the implementation of body-worn cameras.

Also present at the protest were the nephews of 62-year-old Ejaz Choudry.

Choudry was fatally shot by Peel police inside his Malton apartment last month. His death is now the subject of an SIU investigation.

"We want our uncle's death to be remembered as something that actually caused the change," Hassan Choudhary told CTV News Toronto.

"The main thing we want to see right now is the officer should be fired."

In the wake of Choudry's death, family and community members have held several protests, including outside Peel police headquarters, demanding answers. The family has said they want a public inquiry into the incident.

In Brampton, a student-led organization held a peaceful march at Gage Park in solidarity with the victims of racial injustices in the province and Canada.

Black Lives Ontario, which is consists of high school students, wants to bring awareness to systemic racism in school boards. The group is also calling for police reform. 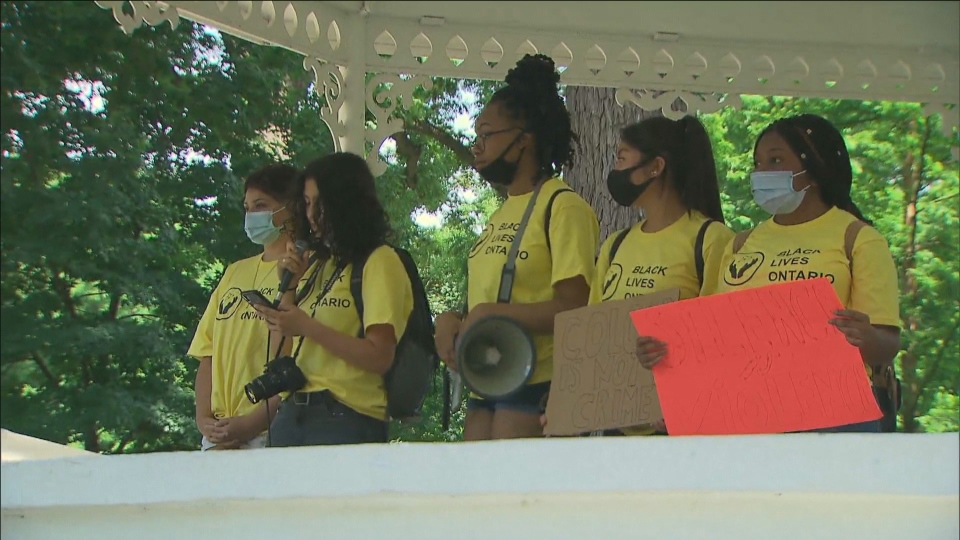 "It's not like we just don't want police at all. That's not what defund the police is," said Mesoma Nseodo, one of the march organizers.

"Defund the police is use the money for better purposes in the police force itself, or use it to strengthen other areas in our community like putting it mainly towards reforming the education system."

Brooklyn Albuquerque, the lead organizer, said COVID-19 is not the only pandemic Canadians are facing at the moment.