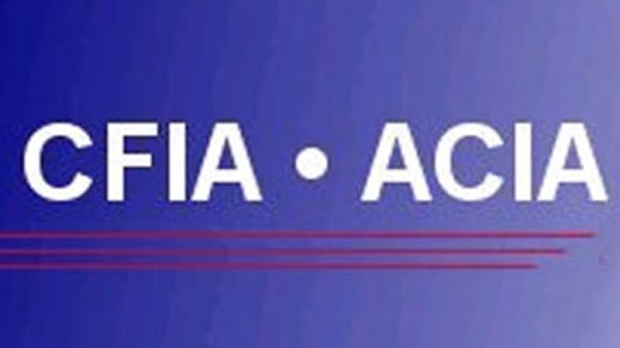 The CFIA logo is pictured.

OTTAWA -- The Canadian Food Inspection Agency says illnesses have been reported among people who ate meat being recalled by a Toronto deli.

The recall applies to all Mortadella products sliced and sold from the deli counter at Lady York Foods between Dec. 2, 2014 and Feb. 24, 2015.

Food contaminated with Listeria monocytogenes may not look or smell spoiled but the CFIA says it can still make people sick.

The CFIA did not say how many people had reported illness related to the recalled product.