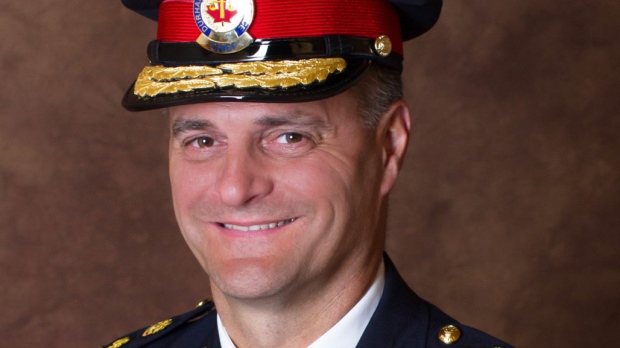 Saying it’s the most difficult time to be a cop in decades, Durham Region’s embattled police chief Paul Martin announced his retirement on Thursday after six years in the role.

“There has not been a more difficult time to be a police officer in my lifetime,” Martin said in a statement.

He added that the public’s view of policing is in his view, on the decline.

“Unfairly, sometimes with crudity and cruelty, insults are flung at our officers more often than in days past,” he said. “Our officers’ friends and families would not be human if they did wonder about the wisdom of their chosen profession.”

He commended the officers under his leadership and said that they had done well under the pressures of adjusting to changes in society, such as the growing amount of time police spend responding to mental health crises.

“Policing has been pushed onto the front line of mental health management in the community—did we ask for that role? No! Do we try hard to retrain to be able to deliver professionally when dealing with citizens in terror or struggling with delusion: every day. Should others be more involved too? Of course, and that is beginning to be discussed.”

But his own time as chief saw the province appoint an overseer after allegations of misconduct came to light.

In May 2019, Ontario’s Solicitor General appointed retired Toronto police deputy chief Mike Federico to act as an administrator to oversee the service, though Martin was not removed from his job.

Federico was tasked with overseeing an investigation into dozens of complaints about Martin and other senior DRPS leaders.

Martin sued to have the administrator removed but an Ontario Divisional Court judge disagreed.

In May of this year, Karen Restoule of the Ontario Civilian Police Commission wrote that “a crisis of confidence continues to exist and continues to constitute an emergency within” the Durham Regional Police Service.

Federico will remain as an administrator until at least Dec. 31, 2020.

“Chief Martin earned a reputation as an agent of change, and his legacy will endure through innovative and evidence-based practices being embedded into the organization’s fabric,” Durham Police Services Board Chair Kevin Ashe said. “The Board extends to Chief Martin its profound gratitude and wishes him all the best in his future endeavors.”

Martin will officially leave the job in September, and Ashe said the board will select an interim replacement then.