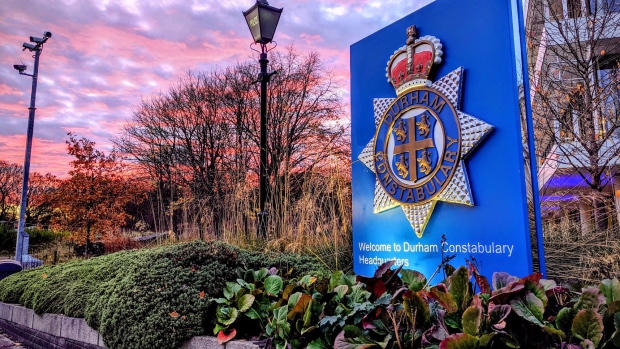 Emergency dispatchers in Durham, England were able to assist a woman in Ontario's Durham Region in a moment of crisis after she called the wrong police station.

Durham Constabulary in England said they received a report on Wednesday afternoon using their ‘live chat facility’ from an Ontario woman, more than 4,500 kilometres away, who claimed an intruder was attempting to break into her Ajax home.

According to the English police force, the woman typed the message: “I need help, he is going to come, he is in the house” before falling silent.

The force said their dispatcher realized the mistake and was able to contact Durham Regional Police here in Ontario, who were sent to the scene and found a 35-year-old male in the home.

Police said the suspect fled but was found in a nearby yard “where he refused to obey officers’ requests,” adding that the man was tasered during the altercation.

The suspect was arrested, police say, “approximately 30 minutes after his victim first contacted police on the other side of the Atlantic.”

“This was an unusual incident and a very distressing situation for the victim, but the team remained calm and managed to help our Canadian colleagues resolve the situation quickly and professionally,” Insp. Andrea Arthur, head of the force’s control room in Durham, Eng., said in a statement issued Friday.

“If we can assist in rescuing a vulnerable victim in immediate danger, regardless of where they live, we will do all we can to help. In this case, we’re glad to learn there has been an arrest and, more importantly, the victim is out of danger and receiving the help she needs.”