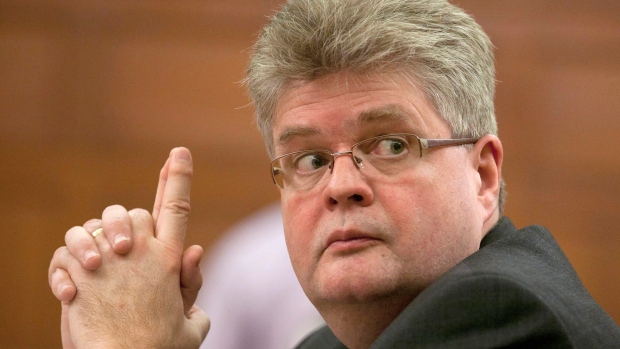 OTTAWA -- The NDP's Charlie Angus says he expects ethics commissioner Mario Dion to be in a position to testify before a parliamentary committee today about his findings on the prime minister's breach of the Conflict of Interest Act.

But whether the House of Commons ethics committee moves ahead with the study of Dion's report rests in the hands of the Liberal MPs who hold the majority of seats.

In the Toronto area this morning, Conservative Leader Andrew Scheer reiterated his call for them to do the right thing and put Canada's interests before their own partisan ones by allowing the study to go ahead.

Scheer suggests if they don't, it will send a message to Canadians that the scandal and corruption uncovered by Dion isn't limited to just Prime Minister Justin Trudeau's office, but affects the entire Liberal caucus.

Trudeau, who has defended himself by insisting he was acting in the best interests of Canadian jobs, is now suggesting voters want to move on.