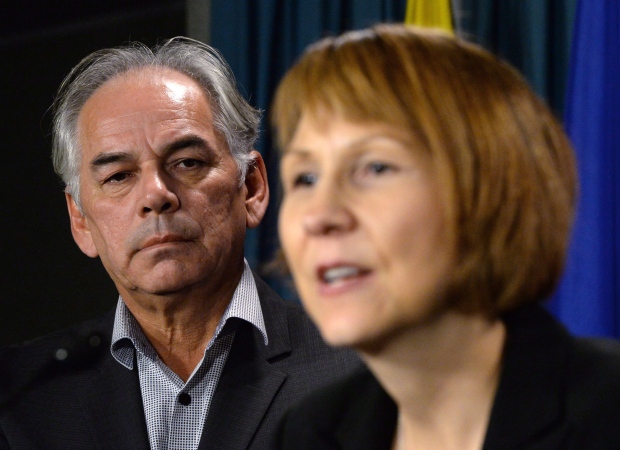 OTTAWA -- Nine emotional years after she first challenged the federal government, First Nations child welfare advocate Cindy Blackstock is awaiting a ruling from the Canadian Human Rights Tribunal that will determine if Canada has discriminated against children on reserves.

Blackstock is the executive director of The First Nations Child and Family Caring Society of Canada, which filed the complaint with the Assembly of First Nations in 2007.

It argued the federal government failed to provide First Nations children the same level of welfare services that exist elsewhere, contrary to the Canadian Human Rights Act. It said this was discrimination on racial grounds.

A lot has changed during the course of this fight, Blackstock said.

"When I look back nine years and I think about what's changed in the world, to give it some context ... Obama became the first ... African-American U.S. president and Prime Minister Harper came and went," she said. "But most importantly, a whole generation grew up ... nine years is such a long time in a child's life."

It is extraordinary this case had to be filed in the first place, Blackstock said.

"Everyday I wake up and I ask myself, 'why did we have to bring the government of Canada to court to get them to treat First Nations children fairly?"'

Aboriginal child welfare was one of the central issues flagged in the report of the Truth and Reconciliation Commission, which spent six years examining Canada's residential school legacy.

The report said governments, including at the federal level, need to reduce the number of aboriginal children taken into care by providing adequate resources for communities and child-welfare organizations.

It also called for child-welfare legislation that sets national standards.

The Liberal government has committed to implementing all of the suggestions from the TRC, including an overhaul of child welfare, but Blackstock said she is keen to see action and noted the legally binding tribunal decision could take this out of the government's discretion.

In 2013, then-privacy commissioner Jennifer Stoddart found that two government departments had overstepped in monitoring Blackstock and her personal Facebook account.

Stoddart said the Aboriginal Affairs Department and the Justice Department violated the spirit, if not the intent, of the Privacy Act by compiling information from Blackstock's personal social media page.

Both departments agreed to stop the monitoring, destroy personal information not directly linked to federal policy and set up a new system to ensure such surveillance did not happen again.

Last spring, the Canadian Human Rights Tribunal found that a government official "retaliated" against Blackstock and it awarded her $20,000 for pain and suffering. She donated the money to children's charities.

That dispute centred on a December 2009 meeting at the ministerial headquarters in Gatineau, Que. where Blackstock said she was the only person barred from a gathering with the chiefs of Ontario.

First Nations children and their families helped her deal with these challenges, she said.

"They have been my constant source of inspiration, those children and their families across this country. I just knew that I could never give up."

The Canadian Human Rights Tribunal is expected to publish its ruling online on Tuesday morning.