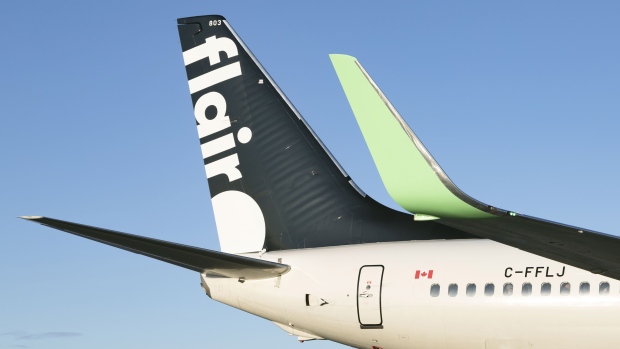 EDMONTON - Flair Airlines Ltd. is pulling out of the airport in Abbotsford, B.C., due to a lack of passengers and intense competition from rival budget carrier Swoop.

Flair CEO Jim Scott cites an intense focus on the Abbotsford-Edmonton route by its competitor, a subsidiary of WestJet Airlines Ltd., resulting in a glut of cheap tickets.

Flair says no passengers will face cancellations as a result of the Abbotsford pullout, which will also end flights between the Lower Mainland city and Kelowna, B.C., Calgary, Winnipeg and Toronto.

Swoop unveiled a so-called loonie sale earlier this month, offering up to 100,000 seats for a base fare of $1 before taxes and fees. The sale disproportionately targets Edmonton-to-Abbotsford, which Swoop points out is its highest-frequency route.