Flooding still a concern for Toronto Islands in 2018: parks manager 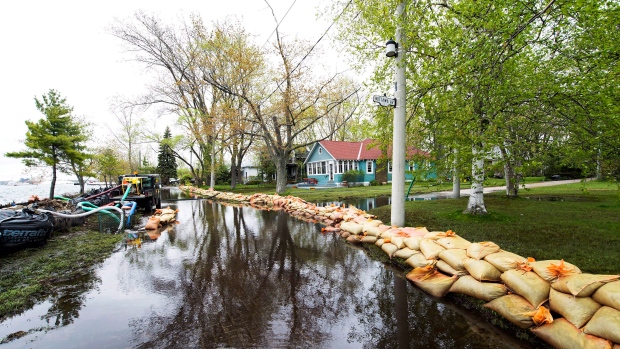 Sand bags keep water from flooding the land more as the Toronto Islands are threatened by rising water levels in Toronto on Friday, May 19, 2017. (THE CANADIAN PRESS/Nathan Denette)

For the Toronto Islands, 2017 was not a kind year.

The popular tourist destination was hit with record-breaking rain in May, which caused some of the worst flooding the islands have seen in decades.

For months, tourists were not able to board ferries to visit the islands.

While the exact total is still being calculated, City of Toronto Waterfront Parks Manager James Dann said the island saw millions of dollars-worth of damage and about $5 million in lost ferry revenues.

“It took a substantial toll. The island was closed to the general public and that caused a lot of impact for those businesses, Centreville probably being the hardest hit,” Dann told CP24 earlier this month.

And while businesses on the islands are planning to be open for a full season in 2018, Dann said there is still a risk of further flooding.

“We are planning on the high lake effect back in this coming season. We know (Lake) Superior is higher right now. Michigan and Huron are also higher at this point,” he said.

“We don’t know if it will be this coming year, five years from now, 10 years from now but we are doing everything we can to prevent ending up in that exact same situation where the island itself had to be closed.”

He said the city is installing sump pumps and has raised docking infrastructure to allow for boats to continue to run even with high water levels.

Dann said over the winter months, one big concern is ice damage.

“We had areas on the island that had never been wet that are very wet, still saturated and with the cold weather coming, we could have huge ice damage that goes along with the water damage,” he said.

David Smiley, who runs Smiley's Bed and Breakfast on Algonquin Island, said he feels like there isn’t much local business owners can do to prevent flooding in the future.

Prior to the closure of the island, Smiley said he was almost completely booked in July and August.

“All of those families cancelled because they were coming over for their summer holidays and Centreville was closed,” he said.

“I lost all of those week-long bookings… it was devastating.”

Smiley said he has no plans to change any of his booking policies or raise his rates this upcoming season in light of last summer’s flooding.

“I have to be competitive with everybody else,” he said.

Here is a timeline of the Toronto Islands flooding last summer:

The city’s Parks, Forestry and Recreation department says emergency evacuation plans have been made for the residents on the islands in the event that high water levels and storm conditions put public safety at risk. Ferry access to the island is restricted to residents only.

The city says close to 50 per cent of the islands are underwater due to the ongoing flooding. 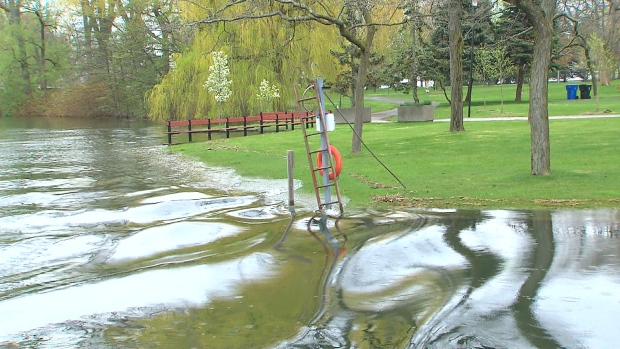 The city extends the closure of the islands until the end of July. 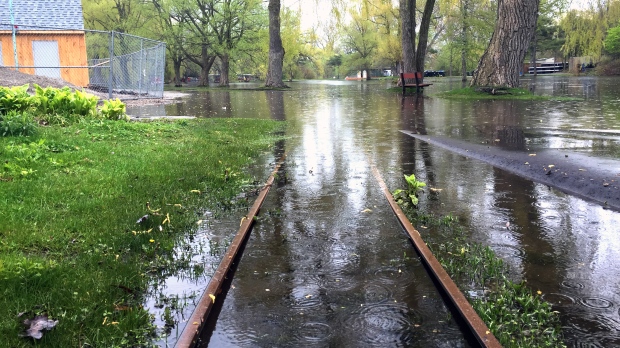 Some island businesses call for the city to allow the public back on the island sooner than July 31. One business owner accuses the city of “dragging their feet.” City staff say the focus continues to be getting the island up and running as quickly as possible but adds that there are some “operational considerations” to contend with.

Mayor John Tory says he has ordered a full report on the flooding. The mayor warns the public that when the tourist hot spot reopens, it won’t look the same as it has in previous years.

The islands officially reopen to the public but some beaches are in a “reduced state” amid high water levels. After being closed for 80 days, Centreville reopens. Speaking to CP24 days earlier, owner Bill Beasley calls the closure “terrible,” adding “god help us if this happens again next summer.” 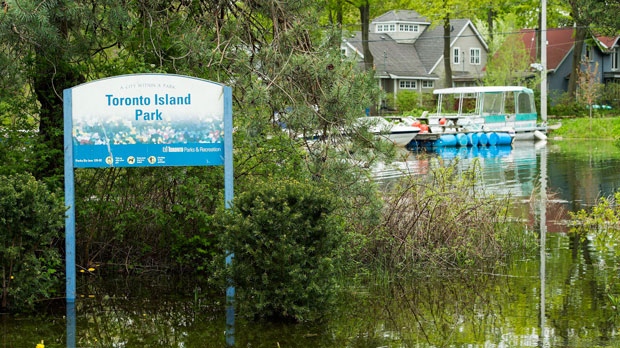 Mayor John Tory urges members of the public to visit the islands. The mayor adds that since the park has reopened, the number of visitors is not matching that of the previous August and September.