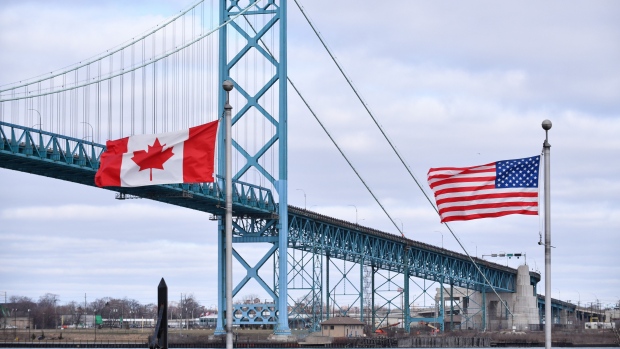 Ontario Premier Doug Ford said that he will put people at the United States border to help screen travellers entering the province if the federal government needs help once non-essential travel is allowed.

Canadian Prime Minister Justin Trudeau announced earlier this week that an agreement with the United States will see the borders between the two countries remain closed to non-essential travellers until July 21.

This is the third time the border agreement has been extended after first being imposed in March.

Speaking to reporters at Queen’s Park on Wednesday, Ford said that he is concerned that certain states, especially Minnesota, Michigan and New York that share a border with Ontario, are still struggling with a high number of COVID-19 cases. If the country were to open up for cross-border travel, he said he hopes the federal government will “enhance the screening.”

“It just wasn't happening before,” Ford said. “I don't want to come across as criticizing because I'm not, they've done a great job, but, man, we've got to do a much better job at the border.”

“If they need our help that's fine, we'll put people at the border too and if they aren't doing it, then we're putting people on the border anyway so we'll see how this turns out. Hopefully, we will see the numbers go down by that time.”

Over the last few months Ford has repeatedly stated that he doesn’t want people to cross into Ontario from the United States or neighbouring provinces, saying that residents should "stay home" to prevent the spread of the novel coronaviurs.

“We don’t want people right now coming across the border,” Ford said in April. “I love Quebecers, I love people from Manitoba, but stay at home. That goes for the U.S. as well. When this is over we welcome you with open arms.”

“I don't want them (Americans) in Ontario….I want to put the people of Ontario first."

When asked if the borders should reopen on July 21 as the new agreement extension states, the premier said that reporters should ask him again closer to the date.

“I can say yes today, and then all of a sudden the numbers start spiking up.”