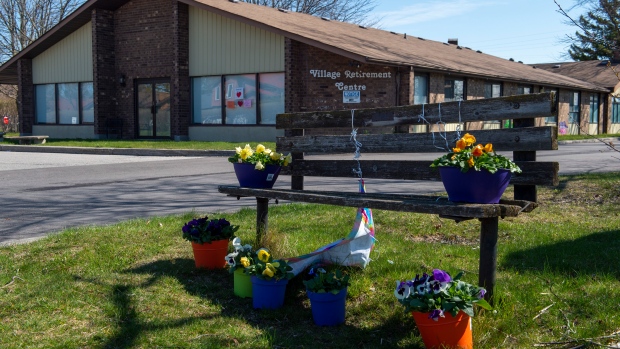 The Ontario NDP is calling on the provincial government to hold a public inquiry into the situation in long-term care facilities that have been devastated by the COVID-19 pandemic.

On Tuesday, Ontario NDP Leader Andrea Horwath criticized the government’s handling of the pandemic in long-term care homes and called on the province to hold a public inquiry.

"Families with loved ones in long-term care are demanding answers," Horwath said at Ontario's legislature on Tuesday. "They deserve those answers.”

She added that the lessons learned in a public inquiry are ones “we simply must learn.”

“The tragic situation inside long-term care homes has made it clearer than ever that that system is broken. Will the premier commit to a full public inquiry into long-term with a mandate to review not only the tragedies of the last couple of weeks, but the last couple of decades,” Horwath said.

It should be noted that a public inquiry was held for the SARS outbreak, which resulted in 44 deaths in Canada, far fewer than the more than 1,200 COVID-19 deaths reported in long-term care in Ontario to date.

Premier Doug Ford would not commit to the request, saying only that a “complete review” into the province’s long-term care system will be conducted.

“Two per cent of the people in long-term care out of 78,000 patients have been infected and in my opinion, that is two per cent way too many. We shouldn't have any infections. We are going to everything we can, we will not spare a penny, to make sure we correct the problem,” the premier said at his daily news conference at Queen’s Park on Tuesday.

“It is a system that is broken. Are we making improvements? Every single day.”