Half of Canadian homeowners say cannabis use will hurt property values: poll 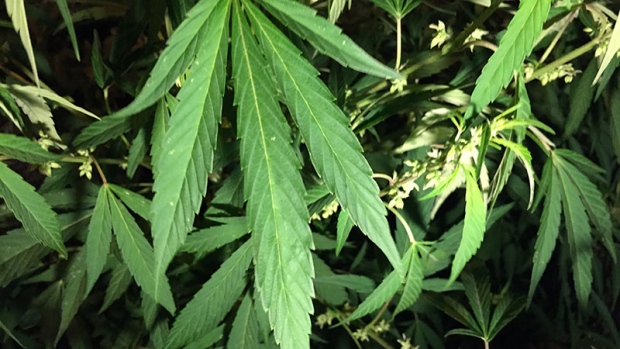 TORONTO - More than half of Canadian homeowners recently surveyed say they would be less likely to consider a property if they knew cannabis had been grown inside, according to a poll released Tuesday.

Real estate listings company Zoocasa, which commissioned the study, found that 52 per cent of homeowners would think twice about buying a home that had been used to grow even a legal amount of marijuana.

Set to go into effect on Wednesday, the new federal Cannabis Act will permit the consumption and purchase of the previously-illicit plant. It also allows Canadians to grow up to four plants for personal use inside their homes.

But Zoocasa said those involved in their survey generally expressed negative sentiments towards consuming, cultivating and living in close proximity to cannabis use.

Fifty-seven per cent of those polled believe even growing the legal amount would devalue property values.

Meanwhile, only 15 per cent of all respondents indicated they would consider growing cannabis in their homes.

Nearly two-thirds (64 per cent) of homeowners polled say smoking marijuana inside a home would harm a property's value; while 21 per cent disagreed and 15 per cent were neutral.

Penelope Graham, the managing editor at Zoocasa, says these are still early days and there are still a lot of unanswered questions about how cannabis legalization will impact property values.

"A lot of the negative sentiment in our findings is stemming from this uncertainty among homeowners," she said. "(Your home is) your largest financial investment. The last thing that you want to do is accidentally devalue it doing something you think is legal."

Among condo and apartment dwellers, a majority (61 per cent) of those polled say that people who live in these properties should not be able to smoke inside their units, while 64 per cent say condo boards and property managers should have the right to ban residents from using the drugs in their units.

The survey also found that nearly half of respondents don't want to live near a cannabis dispensary either.

Forty-two per cent of those polled say that having this type of business in their neighbourhood would harm nearby property values, while 48 per cent of respondents say the presence of a dispensary nearby would reduce their desire to purchase a specific property.

Zoocasa conducted the online survey of more than 1,300 Canadians from Sept. 27 to Oct. 3.