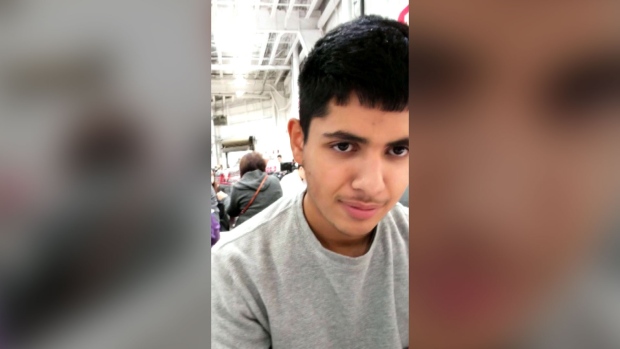 Yosif Al-Hasnawi is pictured in this undated photo.

Two Hamilton paramedics who responded to the fatal shooting of 19-year-old Yosif Al-Hasnawi have been charged with failing to provide the necessities of life.

The president of the union representing Hamilton and Brant County front-line paramedics, Mario Posteraro, confirmed the charges to CP24 in an email on Wednesday evening.

Al-Hasnawi was shot to death on December 2, 2017 after intervening in a dispute between two young men and an older man, police said.

When paramedics arrived at the scene of the shooting they left Al-Hasnawi to bleed on the street, his father said at the time.

Majed Hasnawi said the paramedics were laughing at the situation as his son was uttering the words “I cannot breathe.”

The teen was pronounced dead in hospital a short time after he was transported.

Immediately following the incident, Hamilton paramedics asked the provincial ministry of health to conduct an investigation into the matter. On December 27, 2017, Hamilton police said they asked Niagara Regional Police Service to conduct a criminal investigation into the emergency medical care provided to the teen at the scene of the fatal shooting.

After confirming the charges, Posteraro said the union intends to “vigorously defend against these charges.”

CP24 has reached out to Niagara Regional Police Service regarding the investigation but has yet to hear back.

The family of Al-Hasnawi is also suing Hamilton paramedics alleging they failed to properly treat the teen.

The civil lawsuit, which was launched in January, claims that their family is suffering from mental distress over the loss of Al-Hasnawi and that they suffered extreme emotional and mental distress as they watched emergency crews allegedly fail to act while the teen was suffering.

The family is seeking $10 million in compensation for their personal and economic losses, as well as funeral and legal expenses.

Dale Buringsky King, 19, and James Anthony Robert Matheson, 20, have been charged in connection with the death of Al-Hasnawi. Both men are from Hamilton.