Hammond re-elected as president of ETFO 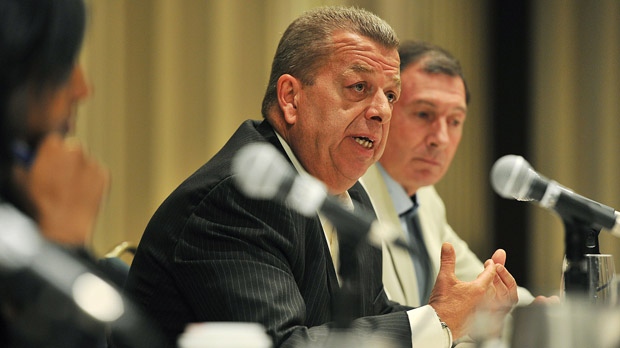 Sam Hammond, left, president of the Elementary Teachers' Federation of Ontario, speaks during a press conference in Toronto on Aug. 30, 2012. (The Canadian Press/Aaron Vincent Elkaim)

TORONTO - Members of the Elementary Teachers' Federation of Ontario have re-elected Sam Hammond as president at the union's annual meeting in Toronto.

Hammond has served as president of ETFO since 2009.

The 800 delegates to the meeting also elected Susan Swackhammer, a teacher with the Grand Erie District School Board, as first vice-president.

Hammond says he is looking forward to ensuring ETFO's leadership in championing public education and democratic rights into the next round of collective bargaining with the province.